On January 2, 1492 Abdallah Muhammad bin Ali, or Muhammad XII, known as Boabdil, the last Moorish sultan of Granada and head of the Nasrid dynasty, surrendered his city and handed over the keys of the Alhambra to the Catholic monarchs Ferdinand II of Aragon and Isabella I of Castile.

The Christian rulers had approached Granada accompanied by the cardinal of Spain, Francisco Cisneros, and a brilliant retinue of courtiers and noblemen, among whom was Christopher Colombus.

All the Christian royalty and knighthood wore Moorish dress, brocade and silk tunics and the waist sash or marlota, in a gesture of apparent respect, a visual statement to placate, reassure and suggest commonality. In reality, it was more an act of insolent appropriation and absorption of what was Moorish by the enemy.

It was a gesture that epitomised the aggressively hostile ethos of the Reconquest, which manifested itself in a latent desire to usurp and eliminate that culture and religion. That desire finally became a reality in 1609, when all Moriscos or converted Muslims were expelled from Spain.

Boabdil rode out to meet them, departing from the Gate of Seven Floors at the Alhambra, down steep slopes offering magnificent views of the city he was about to leave forever. At this official, public surrender of Granada to the Christian enemy, Boabdil handed the keys of his city to Ferdinand, and was recorded as saying in Arabic: “God loves you greatly. Sir, these are the keys of this paradise. I and those inside it are yours.”

This moment of surrender has captured the imagination of writers and artists up to the present day – initially as one of supreme conquest and later because of the extreme poignancy of that ceremony of transition and loss. It marked a crucial encounter in a centuries-old clash between two great religions and cultures and symbolised the epoch-changing transition of the kingdom of Granada from Islamic state to Christian territory.

In the ten years before 1492, the kingdom of Granada was the theatre of one of the most significant wars in European history. The Nasrid sultan’s territory was the last Spanish stronghold of a great Muslim empire which had originally stretched to the Pyrenees and beyond, and had included northern Spanish cities such as Barcelona and Pamplona. The fall of Granada was the culmination of that ancient battle between two major and opposing civilisations, which not only settled the cultural fate of a large part of Europe but also established the basis for the discovery of the Americas. 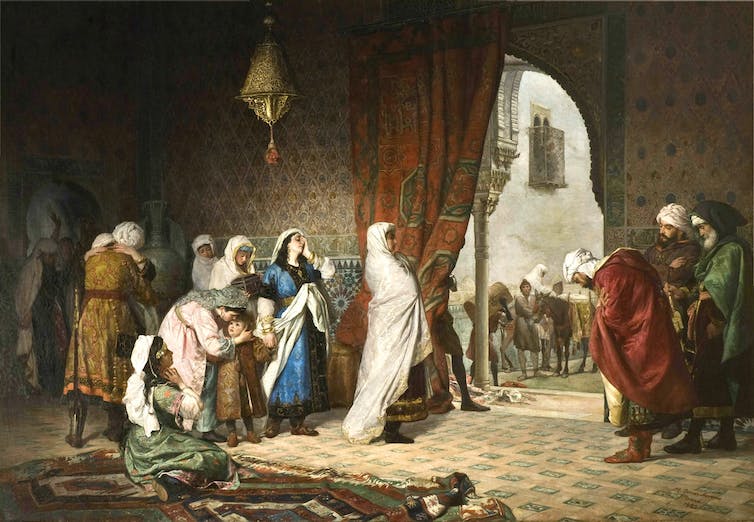 In that last decade of Muslim rule in Spain from 1482-92, sultan Boabdil – a raw youth of 20 who had barely left the confines of the Alhambra palace and had no experience of the world outside his dysfunctional family – rose to the throne as the 23rd of the Nasrid dynasty of Granada.

In the ensuing ten years, he fended off the attacks of the indomitable Christian army with courage, bearing the inescapable loss of his Islamic kingdom and his consequent exile from Spain with dignity. Boabdil broke the mould of previous Muslim rulers in preferring negotiation over violence, peace with the Christians over war, and strove to find a way for the Muslims of his kingdom to maintain their religion and customs alongside their Christian counterparts.

As I have discussed in a recent book on the subject, the last Muslim sultan in Spain has become a potent symbol of resistance against repression, and of the forces of rebellion – a moral hero in his own right whose life matters today because he sought to save his kingdom and way of life through the path of negotiation and diplomacy.

The year 1492 is generally seen as a beginning, whether of modern Spain or the discovery of the New World. But what had ended was equally significant. For nearly 800 years, since 711, the Spanish peninsula had been home to a group of people who came as invaders and stayed to create a unique and sophisticated civilisation which bequeathed to Spain a lasting cultural heritage. One thing that was lost was the fertile cross-cultural creativity and renewal born out of the Muslim conquest. 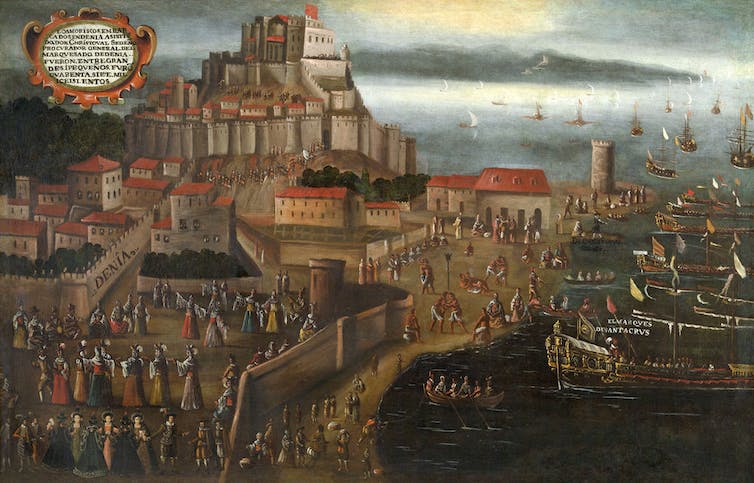 Expulsion of the Moriscos at the port of Dénia. Vincente Mostre (1613)

The sometimes uneasy coexistence of Christians, Muslims and Jews which had been such a significant part of medieval Spanish life was replaced by the serious confrontations and conflicts leading to the expulsion of the Moriscos in 1609. Instead of a society where members of three different religions lived together, Spain after 1492 became a society with a sole religion and language, a closed, suspicious place that repressed and eliminated difference.

The story of Boabdil and the fall of Granada represents a last stand against religious intolerance, fanatical power and cultural ignorance, in which issues of violence, tension and prejudice between Muslims and Christians were as pressing then as they are now.