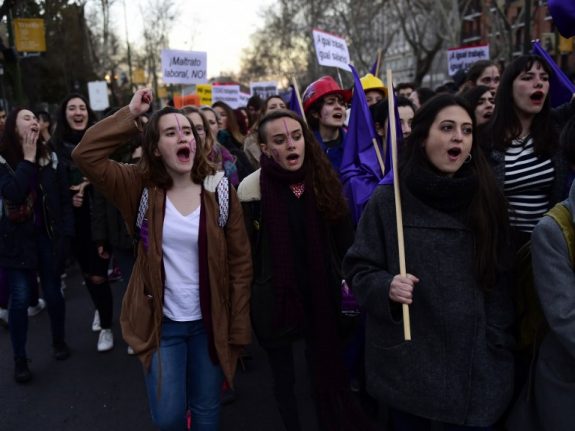 The ‘feminist strike’ will not only be limited to women in the work place but will also stretch to the home, where women are being encouraged to abandon their usual duties including childcare, cooking and household chores.

The nationwide walkout has wide support of Feminist groups behind the 8M Commission and has won high profile support from female leaders in Spain, including Madrid and Barcelona mayors Manuela Carmena and Ada Colau, who have both said they will take part in the strike action.

“Together today we will stop the world and cry: Enough!,” was the rallying cry in the manifesto published by the 8M Commission.

The action is designed to highlight the fact that women are not only penalized in the work place by being paid less than their male counterparts but they also do by far the largest share of unpaid work.

READ: Gender gap: Spanish women do twice as much unpaid work as men They are also limited by a glass ceiling that sees men in Spanish companies occupy the majority of management positions, while women are over represented in part-time jobs and temporary contracts.

In Spain, women earn up to 14 percent less than men, and represent only 34.5 percent of those listed as among the highest earners in Spain.

The two main workers’ unions in Spain,  the Workers’ Commissions (CCOO) and General Workers’ Union (UGT), have also lent their support with a call for workers to stage two two-hour stoppages (between 11:30 and 13:30 and from 16:00 to 18:00) in protest against the gender wage gap.

Those who want to take part in the official strike at work are legally required to  inform their employers in advance and will be docked a day’s pay, although the consequences of downing tools  at home are less clear.

Women, and the men who support equality, are being called to join demonstrations taking place across Spain on Thursday.

In Madrid, the march will start at 19:00 from Atocha ending in Plaza Espana.

In Barcelona, a march from Paseo de Gracia to Plaza de Cataluña begins at 18:30

In Valencia at 18:30 from the Jardins del Parterre and in Seville at 19:00 from Plaza Nurva de la Alameda.

Check the details of your nearest demonstration at the feministas.org web page. 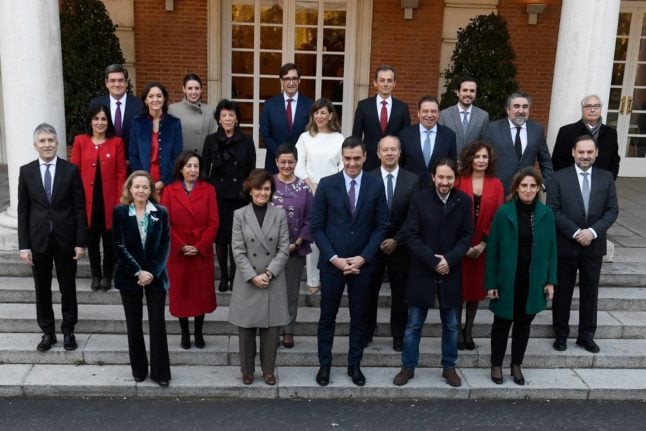