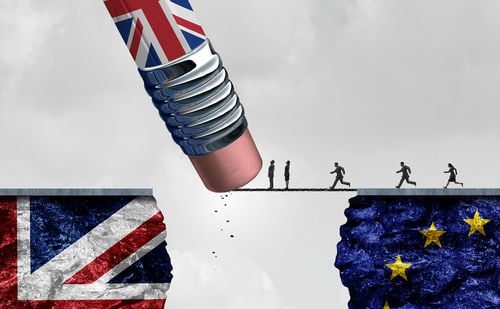 By Marina Shapira, University of Stirling

Overall net migration – the difference between the number of people coming to the UK and the number of those leaving – stood at 244,000 in the year to September 2017. This was 29,000 lower than the previous year, though it is not a statistically significant change. While these levels are lower than the record level of net migration found between March 2015 and June 2016, they are very similar to those recorded in 2014.

The fall in EU net migration is particularly apparent for the “old” EU member states, such as France and Spain, known as the EU15, and for Romania and Bulgaria known as the EU2. There was no statistically significant change in the net migration level from the eight newer EU member states, which include Poland and Hungary. There were fewer EU citizens coming to the UK looking for work in year ending September 2017, however, there was no statistically significant change in the numbers of EU citizens arriving with a definite job.

Department for Work and Pensions figures cited by the ONS show a 17% decrease in the number of National Insurance number registrations over the year to December 2017. The decrease was particularly large for Polish nationals (down 34%) and Spanish nationals (down 25%).

But the patterns of migration are different for EU and non-EU citizens. Non-EU net-migration increased in the year to September 2017 and now stands at more than twice as high as the level of EU migration. The main reason for this, according to the ONS, was an increase in the number of people from outside the EU who are arrived in the UK to study.

There was a 1% increase in the total number of work-related visas to non-EU citizens granted over the same period. This was despite the fact that that there had been a 2.4% decrease in visa sponsorship applications overall. The majority of those visas granted were for skilled workers, known as Tier 2 visas.

But by February 2018, the UK had hit its cap on Tier 2 visas for skilled non-EU migrants for three months in a row. This means more and more employers are having applications to sponsor visas for highly skilled workers from outside the EU refused. This, combined with the decline in the numbers of EU workers, is causing headaches for employers. As Gerwyn Davies, senior labour market adviser to the Chartered Institute of Personnel and Development, put it: “The government’s continued rhetoric of an immigration system that only works to attract ‘the brightest and the best’ simply doesn’t tally with what employers want or the economy needs.”

There are persistent concerns among the British public that migrant workers and in particular those from the new EU member states are taking jobs from British workers. Those who were expressing support for ending the EU citizens rights to live and work in the UK were also more likely to support the vote for Leave in the EU referendum.

Although an anticipated large fall in overall net migration levels did not materialise – with levels similar to those reported in November 2017 – there has been another fall in EU net migration. It seems that, for a number of reasons, the UK is becoming a far less attractive place EU citizens – not least because of the uncertainty of Brexit and because very little is known yet about what future immigration policy will look like towards EU citizens once the UK has left the EU.