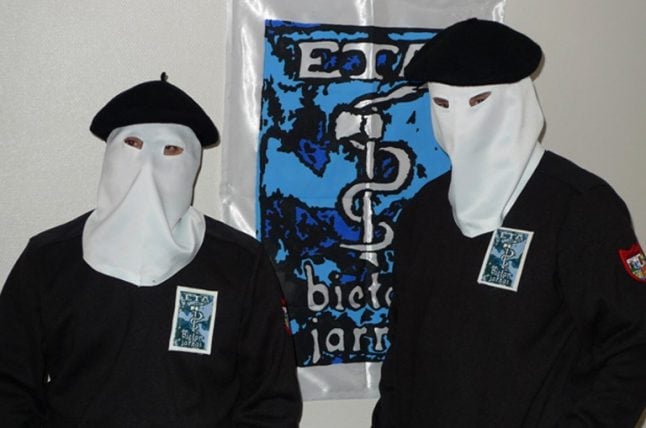 ETA, accused of killing more than 800 people as part of a decades-long campaign of bombings and shootings to establish an independent Basque state in northern Spain and southern France, called a unilateral ceasefire in 2011 but has so far only handed over part of its arsenal.

“We must close the time of armed conflict and related situations, to offer all our strength to enhance the political process,” the ETA leaders wrote in extracts published in Gara, which has traditionally been the group's mouthpiece.

“The most beneficial situation for us, as well as for the popular sectors and the Basque working class, is to leave the previous phase definitively behind us and open the new one completely.”

The proposal to disband has been submitted to a debate and vote by ETA's remaining members and “the outcome is expected before summer”, the newspaper said.

ETA, which formed in the late 1950s during the dictatorship of Francisco Franco, has been severely weakened in recent years after police arrested hundreds of its members, including its leaders, and seized several of its weapons stashes.

In April 2017, it announced an internal debate about its future after saying it had completed its “disarmament”. And in a text also published in Gara, it said it would take “decisions among all its members in order to move forward”.

The organisation, which is thought to have 20-30 members in hiding as well as just over 300 behind bars, has traditionally made key decisions following internal debates.

The Basque Country is due to hold local elections in May 2019.

Until now, ETA has resisted pressure from Madrid and Paris for an unconditional dissolution, demanding first a negotiation over the fate of its members and its prisoners.

Spanish Prime Minister Mariano Rajoy's conservative government had demanded ETA ask for forgiveness and disband. He has also said there will be no impunity for ETA crimes or “favoured treatment” for its disarmament.