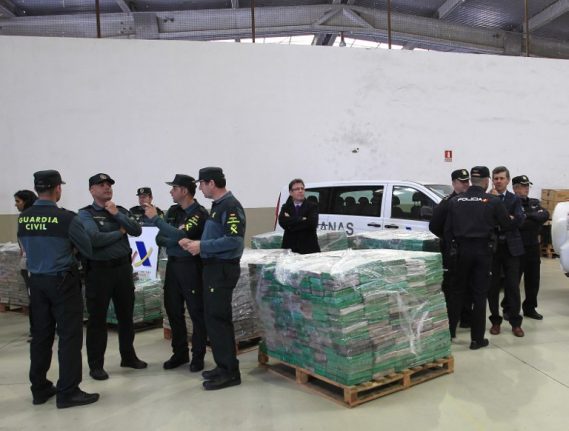 Drug traffickers in the southern region of Andalusia are operating in an increasingly brazen manner that has authorities worried — attacking police, unloading drugs in broad daylight and even storming a hospital to free a suspected drug trafficker earlier this month.

“This is an area where the rule of law reigns and where we will fight every type of crime,” Juan Ignacio Zoido said on a visit to La Linea de la Concepcion, a city that borders Gibraltar which is on the frontline of the
fight against drugs.

La Linea's Mayor Juan Franco has regularly denounced the security situation in the 65,000-strong city where traffickers often unload their cargoes of hashish, cocaine or other contraband.

Police in turn complain they are under-staffed and under-equipped to fight the problem.

In one case, 20 people stormed a hospital in La Linea earlier this month and freed a suspected narco who was under police guard.

Zoido said a significant number of police officers would be deployed to help out, without giving further details.

He added other measures were also important, such as trying to prevent children from dropping out of school or fighting against youth unemployment in an area that has one of the highest jobless rates in Andalusia.

A lack of jobs and prospects has led some to turn to trafficking to make a living.

On Sunday, police said they had seized four tonnes of hashish in the area and arrested 16 people as part of the operation, Zoido said.

According to the interior ministry, 40 percent of all drugs that come to Spain arrive via the province of Cadiz.