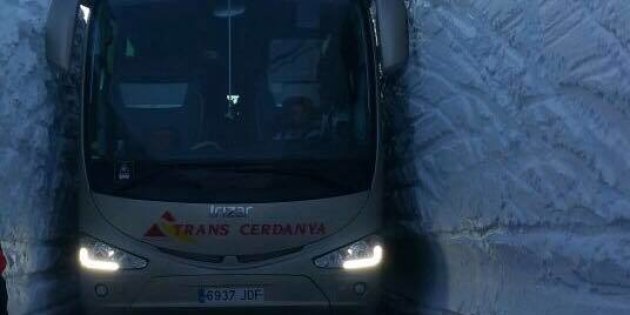 The footage was posted by the Trans Cerdanya coach service on its Facebook page on Tuesday evening and had already notched up almost 100,000 views by Thursday morning.

It shows the driver squeezing through a passage cut through the snow which has walls almost  as high as the vehicle itself.

With just millimetres to spare each side, he is guided through by workers on the snow plough.

The coach was taking school children on a trip to the ski slopes at Masella y Castellar de Nuch when it had to pass through the narrow passage on the road at the mountain pass Coll de la Creueta.