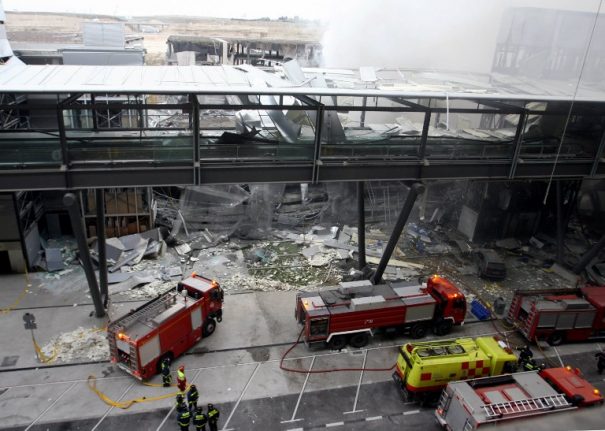 The European Court of Human Rights (ECHR) did not however uphold the men's claim that they had been tortured.

Igor Portu and Martin Sarasola are serving life sentences over the bombing of the Terminal 4 car park at Madrid airport, which killed two people and injured around 50 others as part of ETA's violent four-decade campaign for Basque independence.

The pair claimed they were kicked and punched by officers following their arrest by counter-terrorism police in early 2008.

Portu was hospitalised for five days with injuries.

Sarasola, who was held for days at an unknown location and also suffered injuries, said he was threatened and beaten.

A Spanish court in 2010 convicted four members of the paramilitary Guardia Civil of torture but the Supreme Court overturned the verdict a year later, saying that there was no proof that the men sustained their injuries in custody.

The two men then took their case to the ECHR in Strasbourg, which partly upheld their claims.

In its ruling Tuesday, the court noted that “neither the domestic authorities nor the government had provided any convincing or credible arguments which could serve to explain or justify the injuries sustained by
the applicants”.

But it said that their treatment, while “inhuman and degrading”, could not be considered as torture because the prisoners had not complained of long-term consequences or provided evidence of the guards' motives.

The Spanish government had yet to react.

The ECHR hears cases relating to the European Convention on Human Rights, to which Spain is a signatory.

ETA, which was considered by Madrid as a “terrorist” group, announced in 2011 that it was abandoning its armed struggle.