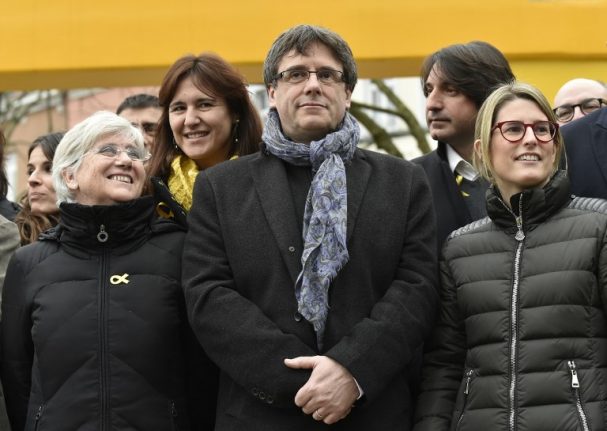 The Spanish government is apparently not going to oppose the candidacy of Elsa Artadi, current spokeswoman for Carles Puigdemont's JpC separatist alliance, for the Catalan presidency.

Self-exiled former Catalan president Carlos Puigdemont's close ally Artadi could be sworn in soon by the Catalan Parliament, if the three-way coalition talks among pro-separatist parties can overcome recent disaccords.

But Mariano Rajoy's central government in Madrid will apparently choose to “ignore” any honorary titles or acts of recognition that could be afforded to Catalonia's self-exiled former president Carlos Puidgemont, “provided they cannot be translated into administrative or economic functions,” reports Spanish daily El Pais, citing government sources.

“If there is no administrative or economic recognition involving use of public funds, they can award him as many titles and honors as they want,” adds a government source in the report.

Catalan separatist parties remain in negotiations to find a new leader after winning the right to again form a government after the December 21st regional elections in Catalonia.

Carlos Puigdemont had hoped to retain the presidency from Belgium, where he has been for more than three months, since the Spanish Attorney General's office laid charges of sedition against him for his role as former Catalan president in pushing for independence in an October 2017 referendum.

That referendum was ruled unconstitutional by Spain's highest court and resulted in violent clashes between independence activists and police.

READ MORE: Corsica: Why France's 'Island of Beauty' is not the new Catalonia