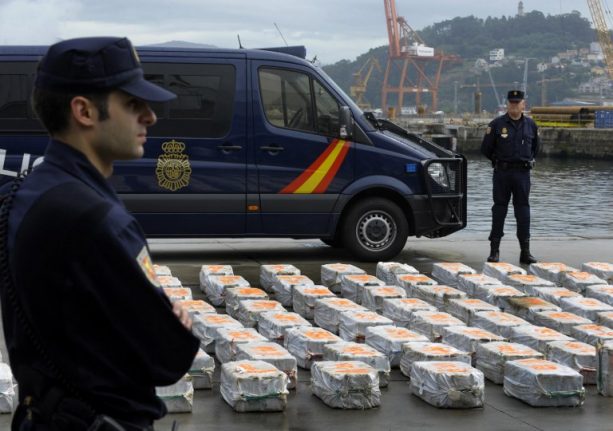 Their business network extended to more than150 properties, boat yards, a  transport fleet and hundreds of bank accounts with millions of dollars. All from cocaine – and all run by a man who the authorities had in part-time custody.

The investigation into one of “the most powerful drugs rackets in Europe” was conducted in an operation that lasted 20 months and spanned nearly half a dozen countries.

Described as “one of the most complex operations in the force's recent history,” it led to the dismantling of the 'cartel' led by Sito Minanco, a notorious Spanish cocaine smuggler since the 1980s, according to the police report.

Minanco commanded the whole organization, despite his part-time custody in a prison in Algeciras, through encrypted and coded commands to his “loyal subordinates.” The Galician gangster has served more than ten years in prison on-and-off since the early 1990s, adds the police report.

Suspicions loomed over the notorious cocaine smuggler again when Spain's coastguard learnt of a shipment of 3,800 kilograms off its coastline in January 2017. Several smaller yet significant shipments were discovered throughout the course of last year.

Besides the seizure of over 5 tonnes of cocaine in two years, officers also seized boats, real estate, financial companies and millions of dollars in assets.

The global drugs cartel had links to Holland, Turkey and Bulgaria but was based out of the small port of Pontevedra, in the northwestern corner of the Spanish region of Galicia.

The gang owned a series of legally-registered boatyards that they used to retain access to the port to import the huge amounts of cocaine. The criminal network also controlled 171 properties, through which it laundered its illegal profits.

More than 100 anti-money laundering officers worked on the investigation, which tracked the illicit organization's funds through a labyrinth of financial accounts.

At least 43 people have been arrested and nearly 200 bank accounts have been frozen.