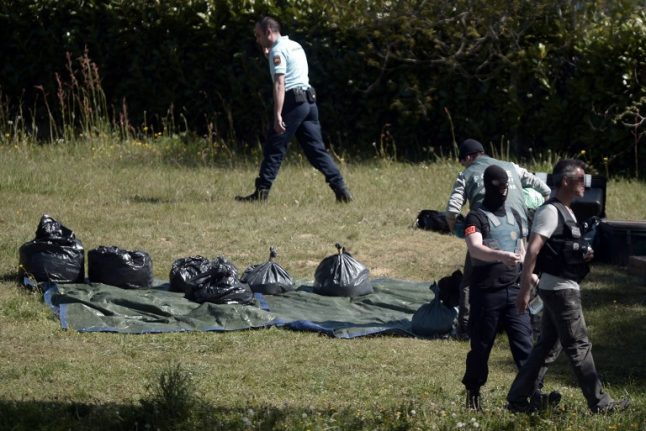 The weapons will be held in a Spanish archive and should help shed light on unresolved crimes and cases related to the group formerly committed to a separatist state by means of armed struggle.

Euskadi Ta Askatasuna (ETA), the former militant Basque separatist group, renounced the use of violence as a political means on October 11th, 2011.

The militants were responsible for the deaths of hundreds of civilians – thousands were also injured during  the group's armed struggle against the Spanish government from 1968 to 2010.

The convoy, carrying documents, evidence and weapons from 20 years of French investigations into ETA, arrived in Madrid on February 6th, having traveled under Guardia Civil guard from Paris, said the Spanish Ministry of the Interior in a statement.

More than 300 weapons, including firearms, hand grenades and weapons in camouflage, were delivered to Madrid.

The handover included thousands of documents and terabytes of data, which will now be carefully analyzed by ballistic and investigation teams from several Spanish police units.

The 'ETA archive' from France will be kept at the Government-run Memorial Centre for the Victims of Terrorism, founded in 2011 in Vitoria-Gasteiz, the seat of the regional Basque government, in northern Spain.

While the documents will not be used to seek charges against any former ETA members, “they have a strong historical value because an analysis may reveal more about the strategies and tactics pursued by ETA,” reads the Spanish government's statement.

The French handover of evidence was agreed by Spanish Prime Minister Mariano Rajoy and former French President Francois Hollande at a Franco-Spanish summit in February 2017.