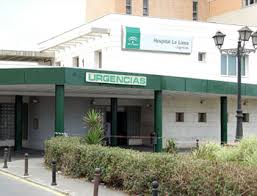 The gang liberated the suspect from hospital where he was admitted after being injured during a police chase.

The two policemen who were guarding the suspect at the hospital in La Linea de la Concepcion did not use their guns “to prevent the situation from turning into a drama”, the town hall of La Lina said in a statement.

The suspect was taken to the hospital for treatment on Tuesday after he was injured during a police chase. But shortly after he arrived at the hospital about 20 people stormed the building, grabbed him and fled in several cars, the statement added.

La Linea mayor Juan Franco regularly complains of rampant drug trafficking in the city of around 65,000 people which is on the border with Gibraltar, the disputed British territory in Spain's southern tip.

“The enemy is very strong and we will have to think about the adoption of more measures” to fight drug traffickers, he told a news conference on Wednesday.

During an interview with AFP last year he said there was a feeling of “total impunity” in the city as drug traffickers operate almost openly and do not hesitate to challenge police, who complain they are under-equipped.