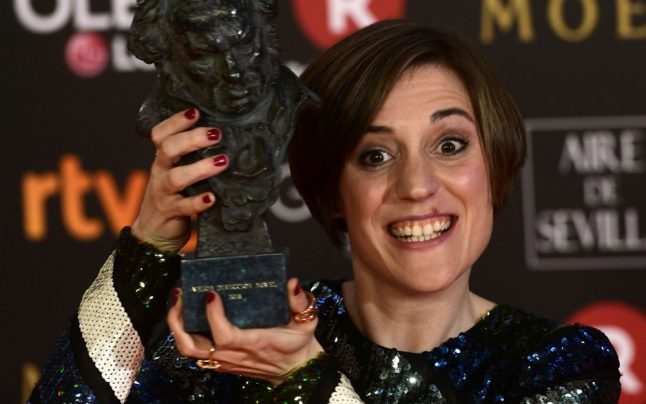 Spanish director Carla Simon bagged three Goya awards for her film Summer 1993. Photo: Pierre-Philippe Marcou / AFP
“We need directors, screenwriters, directors of photography, scripts, technicians, composers — equal in number to men,” said actress Nora Navas, a vice president of the Spanish Film Academy, during the Goyas in Madrid on Saturday.
Carla Simon, one of Spain's top directors whose film “Summer 1993” bagged three awards at the ceremony, said the country “needs more women to make films”.
“We need time to change that, I think the initiative has to come from politics,” said Simon, 31.
Only 27 per cent of the nominees for the Goyas were women and female attendees at the ceremony carried bright red fans sporting #MÁSMUJERES (more women) slogans. The comments come a week after the music industry's hottest stars wore white roses to the Grammys last weekend in support of gender equality.
Meanwhile director Isabel Coixet, 57, also scored three prizes for “The Bookshop” — best picture, director and adapted screenplay — dedicating the awards to “all those who still buy books, open bookshops and love the cinema”.
The film, which is in English, is set in an English village and tells the story of a widow who decides to rebuild her life by opening a bookstore despite opposition in the local community.
The night's other big winner was the film “Handia” — an historic drama set in the Basque Country which took home ten awards.

Photo: Sara Robertson/Flickr
Andrej Klemencic chooses his selection of the five stand out films of the year in Spanish cinema.
Pain and Glory 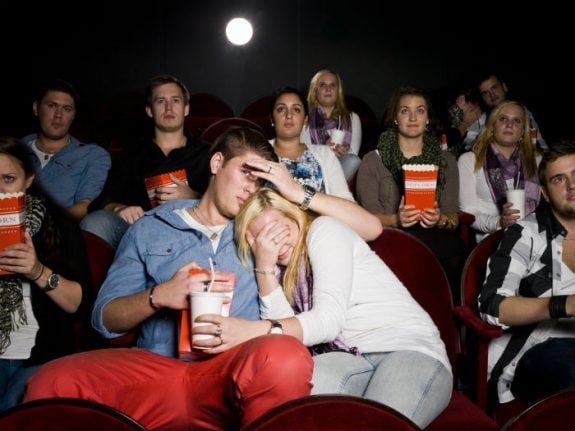