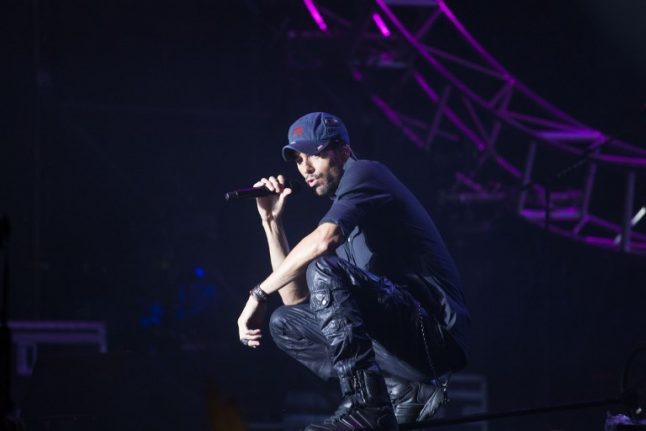 “Universal has been systematically underpaying Iglesias' streaming royalties by calculating those royalties at a small fraction of the contractually required 50 percent royalty rate,” said the lawsuit filed in Miami, where Iglesias lives.

The lawsuit alleged that the 42-year-old heartthrob has lost millions of dollars “even though Iglesias has generated sales of a magnitude rarely attained in the music industry.”

Iglesias said that the Universal Music Group, which is the world's largest record label conglomerate, refused his requests to inspect its records.

The son of legendary Spanish crooner Julio Iglesias, Enrique has achieved a booming international career with his fusion of ballads, reggaeton and pop as well as his on-stage sex appeal.

He is among the few artists to achieve major hits in both Spanish and English, scoring major success with songs such as “Hero,” “Tonight (I'm Loving You)” and “Be With You.”

The boom in on-demand streaming services such as Spotify has rapidly transformed the music business, bringing solid growth to the industry for the first time in two decades.

Many artists have complained that they see little of the money, although they have generally aimed their fire at streaming companies rather than their own labels.

Universal did not immediately respond to requests for comment. Iglesias bolted Universal in 2015 when he signed to rival Sony Music.

James Sammataro, a lawyer for Iglesias, said that Universal had reaped profits at the expense of artists.

“Universal has wrongly insisted that artists like Enrique be paid for streams in the same manner as they are paid for physical records despite the fact that none of the attendant costs (production, distribution, inventory, losses) actually exist in the digital world,” Sammataro said.

“Artists, producers and songwriters should benefit from the reduced costs of streaming, not have their musical works spin unwarranted profits,” he said.

The complaint relates in part to streams of Iglesias' 2014 album “Sex and Love” which features the hit “Bailando,” which won three Latin Grammy Awards and was that year's most played song in both Mexico and Spain.