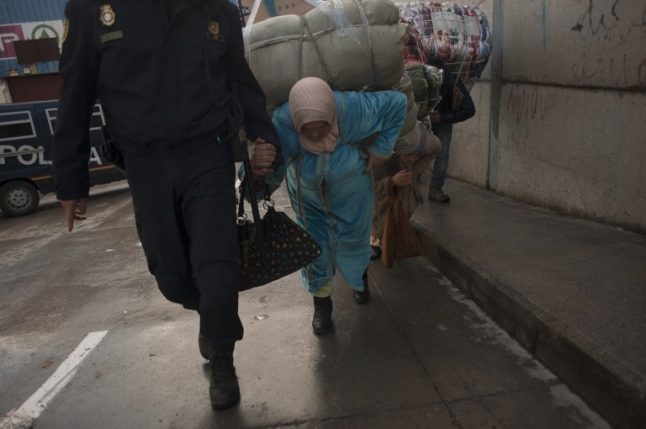 One man died and several other people were injured during a stampede Monday on the border between Morocco and the Spanish overseas territory of Melilla, authorities and a rights group said.

At least three were injured on the Spanish side, including a man who was hospitalised in “a very serious condition” and later died, authorities in Melilla said.

A spokeswoman for the central government's representative office in Melilla said the man, a Moroccan, died of “cardiac arrest”.

Morocco's interior ministry added the victim, whose identity was not revealed, was 39.

The Moroccan Association of Human Rights (AMDH) said 11 people were injured on the Moroccan side.

The stampede took place at the Barrio Chino border post, which is reserved for pedestrians who carry merchandise across the border on foot, said Omar Naji, an AMDH official based in nearby Nador.

“Without prior warning, the crowd rushed… on the entrance turnstiles to Melilla” from the Moroccan side, Melilla's police said in a statement.

The border post was closed “pending a return to order and normality at the entrances from Morocco”, police said.

Thousands of people, mainly women, work as porters transporting goods across Morocco's borders with Melilla and Ceuta, another pocket of Spanish territory on the North African kingdom's Mediterranean coast.

The women porters often carry loads much heavier that their own weight strapped to their backs.

Last week, two women died in a stampede at the Tarajal II crossing for pedestrians between Ceuta and the Moroccan border town of Fnideq.

Last year, at least four female porters were trampled to death in crushes at the same border crossing.

It is estimated that around 15,000 female porters tread the route between Ceuta and Morocco, even if the daily number is lower after the Spanish authorities established a limit of 4,000 people per day.

The two enclaves, which have the only major land borders between the European Union and Africa, enjoy the status of “free ports”, with smuggling of consumer goods largely tolerated by the authorities.

Rights groups have repeatedly denounced the work as “humiliating”, saying it is tantamount to trafficking tolerated by the authorities.

Watchdogs say the women are being exploited by powerful interests..

Thousands of people, mainly women, work as porters transporting goods across Morocco's borders with Melilla and Ceuta, another pocket of Spanish territory on the North African kingdom's Mediterranean coast.