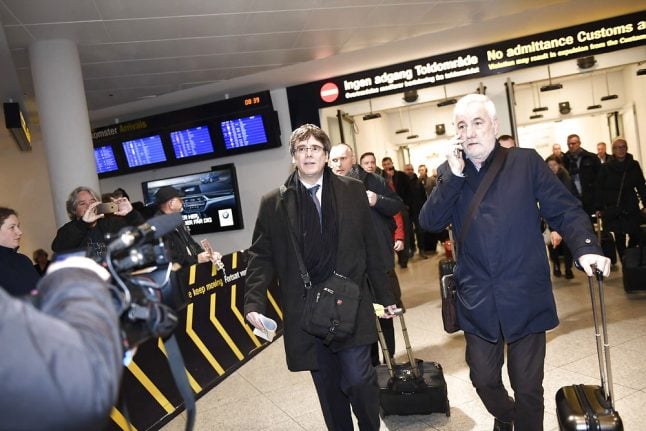 Puigdemont was sacked by Madrid after the Catalan parliament declared independence on October 27th.

He walked calmly through Copenhagen Airport and boarded a minibus that was scheduled to take him into central Copenhagen, according to Politiken's report.

He is to take part in a debate on Catalonia at the University of Copenhagen later Monday.

The reported trip comes a day after Spain's prosecution service said it would “immediately” have a supreme court judge issue a warrant for his arrest if he travels to Denmark, and urge Copenhagen to hand him over.

Spanish Supreme Court Judge Pablo Llarena had dropped a European arrest warrant for Puigdemont and four of his deputies who fled to Belgium in early December, saying it would complicate the overall probe into the region's leaders — but warned they would be arrested if they return.

In a major blow to the central government in Madrid, pro-independence parties won an absolute majority in regional elections on December 21st.

On Monday, the speaker of the Catalan parliament is due to announce his candidate to become the president of the region.

Puidgment is the favourite, but wants to govern the region from exile in order to avoid arrest if he returns to Spain.