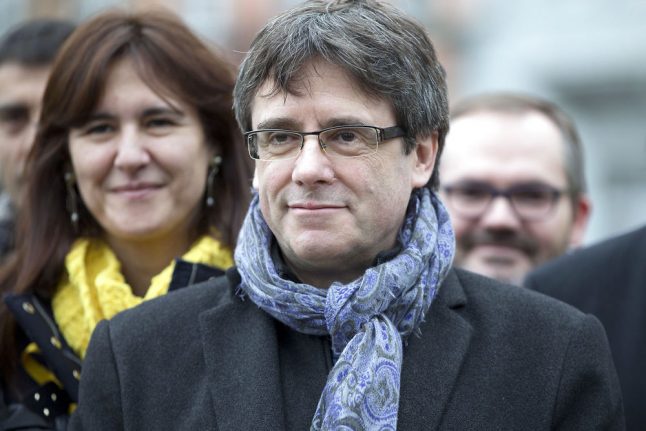 “President Puigdemont has a trip planned next week to Denmark,” Elsa Artadi, a spokeswoman for his Together for Catalonia grouping, told reporters in Barcelona.

Puigdemont, who was sacked by Madrid after the Catalan parliament declared independence on October 27th, will take part in a debate at the University of Copenhagen about the secession crisis in the region, according to the university website.

The conference is titled: “Catalonia and Europe at a crossroads for democracy?”

It will be his first public trip since he arrived in Belgium at the end of October after the independence declaration, just before being charged with rebellion, sedition and misuse of public funds for his role in the independence drive.

Initially, Spain issued a European arrest warrant against him but later withdrew it, which means he is able to travel freely as are the four other former regional ministers who also went to Belgium.

But if he comes back to Spain, he risks arrest.

“They have freedom of movement in the European Union, which is normal, but not in Spain which is not normal,” said Artadi.

His trip could also help avoid problems in Belgium.

European citizens can live there without a residency permit for three months, after which they theoretically have to leave.

If they come back, they can stay another three months, said Belgian authorities.

The conference will take place in the midst of negotiations taking place in Catalonia to pick a candidate for the regional presidency after elections on December 21st in which separatist parties won an absolute majority.

Puigdemont is the separatist block's candidate but he wants to take office remotely from Belgium to avoid being detained.

The Catalan parliament's legal experts, however, have said he needs to be present physically, and Madrid has warned it will take the matter to court if he tries and will maintain direct rule imposed on the region after the independence declaration.