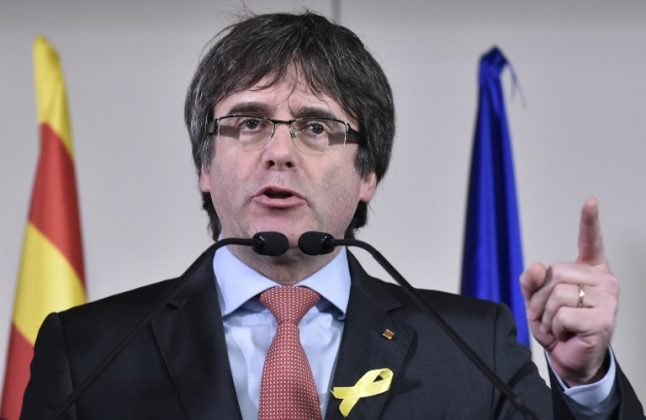 The separatist ERC and Puigdemont's Together for Catalonia party reached an accord to support him “as a candidate for president of the Catalonia region”, a joint statement said.

The central government in Madrid has warned it would maintain direct control over Catalonia if Puigdemont attempts to govern from Belgium, where he and other ousted ministers fled last October after Catalan lawmakers declared unilateral independence from Spain.

While opinion varies, most constitutional experts in Spain agree with Prime Minister Mariano Rajoy that Puigdemont would need “to be physically present” in Catalonia in order to take office.

But were he to return he would risk arrest on charges related to his region's failed independence bid.

Catalan's parliament is due to sit Wednesday for the first time since it was dissolved by Rajoy following a banned independence referendum in the wealthy region of 7.5 million people.