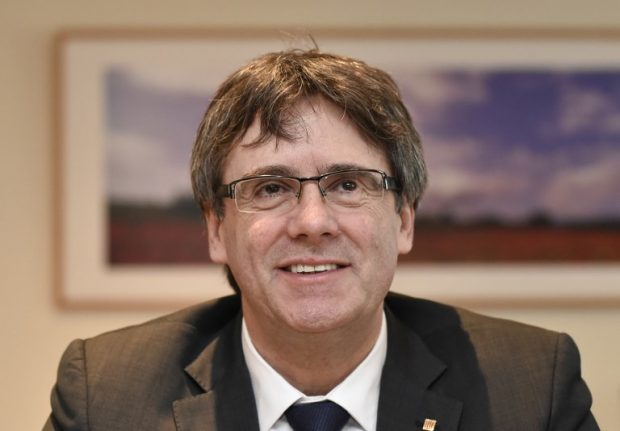 Puigdemont is in self-imposed exile in Belgium. Photo: AFP

Speaking to party members in Madrid, Mariano Rajoy said that Puigdemont had “to be physically present” in Catalonia to take office, and if that didn't happen, the central government would maintain direct rule imposed after Catalan leaders declared independence in October.

But he is in self-imposed exile in Belgium and risks arrest on charges of rebellion, sedition and misuse of public funds for his role in the region's failed independence bid if he comes back to Spain.

To be elected regional president, he should in theory be present at the parliamentary session where the vote takes place, but he wants to appear by videolink or write a speech and have it read by someone else.

If that is allowed — and legal experts doubt this can be done — Puigdemont would then have to officially take office from Belgium and could try to govern the region remotely.

Direct rule on Catalonia is very unpopular in a region that enjoyed considerable autonomy before its leaders attempted to break away from Spain.

This prompted Rajoy to take control of the region, sack its government, dissolve its parliament and call the snap December elections.