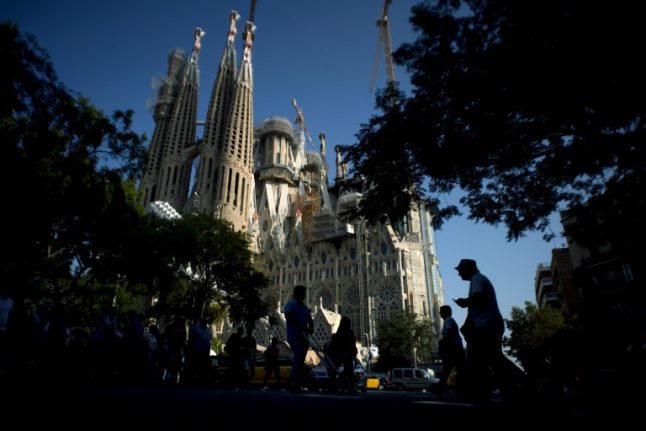 Rajoy, speaking late Wednesday, said 82 million people visited in 2017, a nine percent increase over the previous year that came despite terror attacks and the political crisis in tourism magnet Catalonia.

Tourism earnings rose 12 percent, totaling €87 billion ($104 billion), he said in Rome on the sidelines of a southern European summit on migration.

In 2016, Spain welcomed 75.3 million visitors, just behind the United States with 75.6 million, while France — despite its own terror woes — easily remained the world leader with 82.6 million visitors, according to the UN World Tourism Organization (UNWTO).

International tourism to the United States shrank during the first five months of Donald Trump's presidency, according to the US International Trade Administration.

Arrivals in Spain beat records for the fifth consecutive year, despite jihadist attacks in the Catalonia capital Barcelona and nearby Cambrils last August that left 16 dead.

Catalonia also remains in the grip of a secession crisis.

Arrivals recovered after dropping off by five percent year-on-year in October as massive demonstrations were staged following a failed independence bid.

The Madrid-based UNWTO is set to release its figures for 2017 on Monday.

The French foreign ministry said in December it estimated 2017 arrivals at upwards of 89 million.