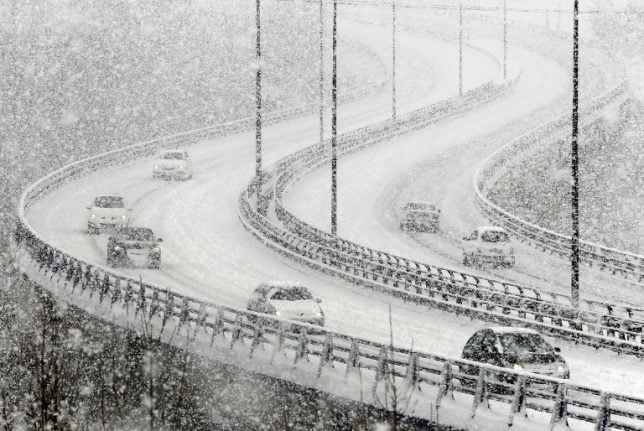 The army's emergency unit UME said it had sent two companies of specialist soldiers and 95 vehicles to free hundreds of cars stranded on the AP6 highway linking Madrid and the northwestern city of Segovia.

“There are many trapped vehicles on the AP6 but we are working without restlessly to advance kilometre by kilometre to reach everyone as soon as possible, we are on it!,” the unit said on Twitter.

Soldiers and firefighters used snowplows to try to clear the snow, and distributed blankets and hot drinks to motorists, images broadcast on Spanish television showed.

The rough weather comes as many Spaniards are travelling home after the end of the Christmas holidays.

Motorists took to social media to complain that they had been trapped on the highway since Saturday night.

Sara Ramos, who was stranded overnight with her husband and two children aged two and six, said she had not eaten since lunchtime on Saturday.

“Some cars have run out of gas. We are starting to get worried,” she told Spanish public television by telephone.

Spain's weather office issued alerts for 37 provinces on Sunday because of the risk from heavy snow, strong winds and rain.