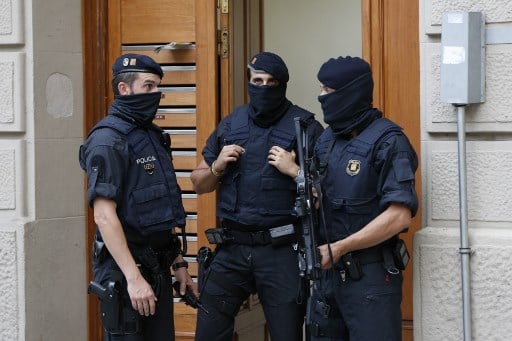 As part of the government’s Antiterrorism Pact, Spain’s Interior Ministry shed light Wednesday on some of the measures they plan to adopt in their fight against the increasing number of jihadist cells operating on Spanish territory.

Authorities will keep more detailed records of people booking temporary accommodation across Spain on hotel and short-term rental sites such as Airbnb or Booking.com.

The same measures will be applied to vehicle rental companies and websites, a decision greatly influenced by the fact that the terrorist cell that killed 16 and injured 152 last August in Catalonia rented three vans, one of which was used to ram pedestrians down in Barcelona’s Las Ramblas.

Spain’s Interior Ministry also intends to tighten legal loopholes relating to immigration, using the case of Imam Abdelbaki Es Satty, the mastermind behind the Catalonia attacks, as an example.

Despite serving a drug-related prison sentence, a court ruling prevented his extradition from Spain.

Another clause on the brief presented by Interior Minister Juan Ignacio Zoido is that relating to the improved distribution of butane gas canisters, still a common energy source in Spanish homes, as well as other potentially explosive and dangerous elements.

“The measures will be put in action throughout the next year and most of them are already prepared or in the final stages of completion,” Zoido is quoted as saying by Spanish daily El País.

Is Airbnb being rightly or wrongfully targeted?

Airbnb bought background-check startup Trooly Inc. back in June in a bid to protect its guests and hosts from bad actors, and perhaps also to silence its detractors.

Following the Ariana Grande concert attack in Manchester last July, the divisive home rental site was wrongly accused of housing the attacker Salman Abedi, who used his rented apartment as a base to have his explosives shipped to.

It was later proven he rented the unit through another portal that wasn't Airbnb.

In the US, Airbnb states that it runs background checks on its users with the help of the Treasury Department, using the OFAC list which includes wanted terror suspects. It is unclear whether the company does so anywhere else in the world.