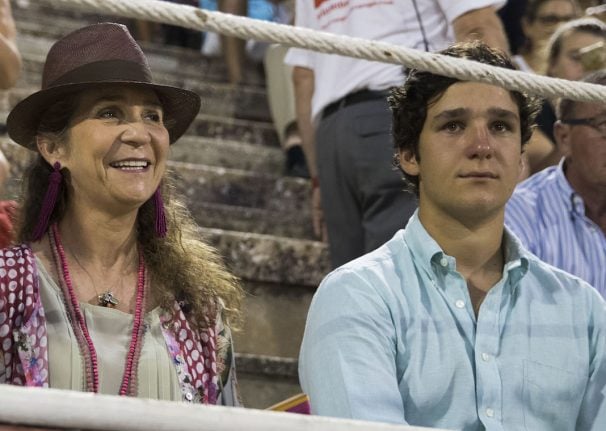 Froilán is believed to have been carrying 1400 euros in cash in an envelope that he intended to use to bet on one of the Champions League matches that night, Real Madrid vs Borussia Dortmund.

After going over security footage from the Canoe games room, Madrid police confirmed that the amount in question was what Froilán had brought from home rather than what he and his friends had won that evening.

It is unclear if the assailants pickpocketed Froilán and his friends or if there was any use of force and intimidation.

The troublesome royal teen has made headlines over the past few years for all sorts of behaviour far removed from monarchic protocol.

He’s been photographed smoking cigars, starting fights outside clubs and at a prepubescent age he even kicked a girl during his uncle King Felipe VI’s wedding.

In 2015, there was public outcry after witnesses at a Madrid theme park claimed Froilán shouted racist abuse at a teenage boy who criticized him for attempting to jump the queue.

The list of incidents goes on but we’ll save those for any budding biographers looking for some of the best royal scoop Europe has seen in recent times.