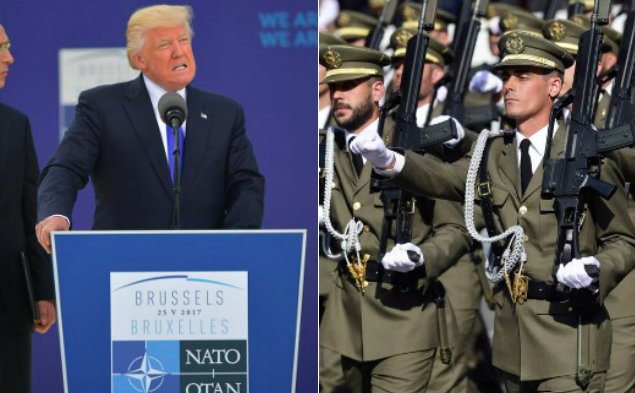 Last May, President Donald Trump publicly criticized his NATO allies for not contributing enough to the international military alliance’s coffers.
“Member nations are still not paying what they should be paying,” the divisive leader said at a press conference in Brussels at the time.
“This is not fair to the people and taxpayers of the United States.”
On this occasion, there was actually some truth to Trump’s words.
Current data and end-of-year forecasts suggest that only five of the 28 Member states – the US, the UK, Estonia, Poland and Greece – have met the 2 percent of GDP target agreed in 2014.
Spain, with approximately 0.92 percent of its GDP spent on defense in 2017, is one of NATO’s lowest contributors thus far, alongside Belgium and Luxemburg.
NATO has pushed the 23 Member states that haven’t made the mark for answers, spurring the Spanish government to commit a staggering 18 billion euros over the coming years to its military spending.
That takes the percentage of the GDP devoted to defense to between 1.5 and 1.6 percent, still short of NATO’s required 2 percent.
The Spanish government has expressed these concerns in a letter addressed to NATO secretary-general, Jens Stoltenberg, estimating that the earliest Spain could meet the 2 percent target is 2028.
Spain is likely to receive a more understanding response from Stoltenberg than from Trump, the military alliance leader having said last May “we have to remember what we actually promised. We didn't promise to spend 2% tomorrow. What we promised was to stop the cuts, gradually increase and then move towards 2%.”
NATO, which stands for North Atlantic Treaty Organization, is based on the principle of collective defense. An attack against one or more members of this intergovernmental alliance is considered an attack against all.
Url copied to clipboard!