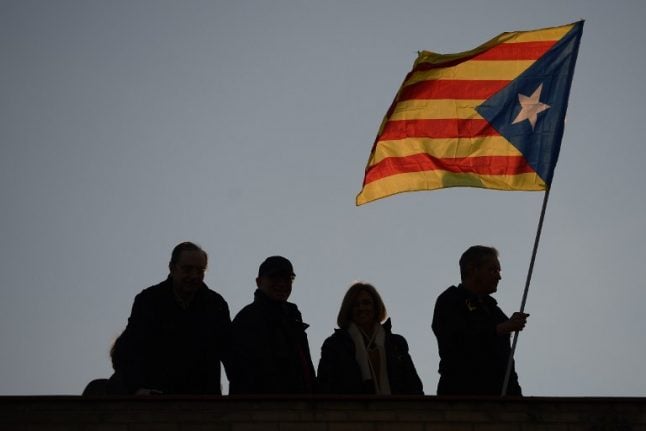 She said she feels “insulted” whenever Catalans, including relatives who moved to the wealthy northeastern region, use the popular separatist slogan “Spain robs us”.

The phrase refers to the perception that Catalonia's prosperity is being squandered on other Spanish regions.

Support for independence in Catalonia — which votes in tight regional elections on Thursday that will determine the course of Spain's secession crisis — has soared since 2010, fuelled by the feeling that its demands are being ignored by Madrid.

This feeling angers many in poorer regions like Galicia that needs new roads and other infrastructure and where public health care is strained, especially in rural areas.

Spain's wealth is concentrated in a handful of regions. The country's ten richest cities are found in Catalonia, the northern Basque Country and the central Madrid region, according to figures from national statistics institute INE.

Household income in towns with less than 5,000 residents, is 25 percent lower than the national average, according to 2015 tax returns.

But Catalans stress that they provide more money to the central government in Madrid than they receive back in investments.

This “fiscal deficit” stood at just under €10 billion ($11.8 billion) in 2014, the last year treasury ministry figures are available.

“They don't know our situation. We have much lower salaries, healthcare is more expensive,” said Garcia.

Her uncle, who has Parkinson's disease, has been waiting for over a year for a spot at a publicly-run nursing home. There are some 2,000 people on the waiting list in Galicia for a place in a public nursing home.

“Some autonomous communities feel abandoned, and rightly so,” said Eloisa del Pino, a political scientist with the Spanish National Research Council, citing the large swathes of Spain suffering from population ageing and the flight to big cities.

Among the worst off regions is Extremadura in southwestern Spain, which has the country's lowest per capita income.

“The disregard on the part of the central government when it comes to infrastructure is affecting us a great deal in Extremadura,” said Jose Gonzalez, who is in charge of transportation in the regional government.

Last month tens of thousands of protesters from Extremadura descended on Madrid to demand a “decent train” services for the region.

By comparison the trip from the Spanish capital to Barcelona, the capital of Barcelona which is further away, takes three hours maximum by high-speed rail.

“You have to give Extremadura what it is entitled to, like to Catalonia,” said Gonzalez.

The strategy led to the Catalan parliament to declare independence on October 27th.

Polls show separatist parties and parties that want Catalonia to remain a part of Spain are virtually tied.

If pro-unity parties manage to win a majority there is a chance of a “return to normal negotiations” over Catalonia's finances, said Alain Cuenca, an economics professor at the University of Zaragoza who specialises in regional financing.

Del Pino said it would be tempting to resolve the Catalan crisis “with money, to seek a system of financing that Catalans could sell as something they have achieved through negotiations with the central state.”

But she warned that under this scenario other regions would respond by saying that if we are going to talk about rethinking regional financing “there are not only the Catalans”. A proposal by Miquel Iceta, the leader of Catalonia's Socialists, to annul half of the region's debt was roundly rejected in the rest of Spain and by his own party.

Opposition parties have proposed a reform of Spain's constitution to redefine the powers of the country's 17 regions but Rajoy has warned that there must exist a “wide consensus” for any changes that can not be done just to please Catalonia.