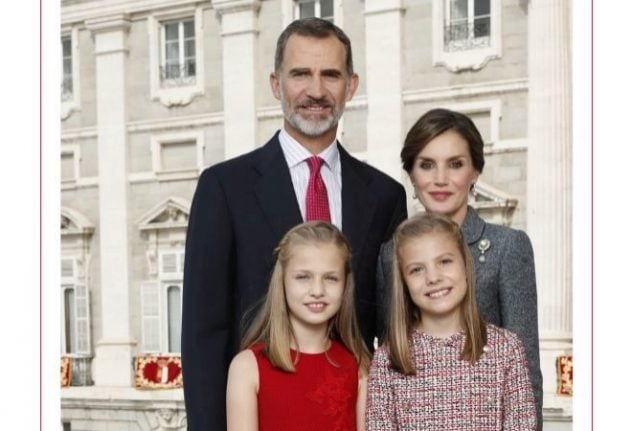 King Felipe VI, his wife Queen Letizia and their two daughters, Leonor, 12 and Sofia, 10 are featured striking a pose in front of Madrid’s Royal Palace in an image taken on October 12th when Spain it’s national day.

Inside, the card is signed by both the King and Queen and then the two sisters who write their official titles beneath their signatures. In previous years the Rex Emeritus had sent out a card depicting the pair surrounded by their grandchildren but the tradition was dropped after it became too difficult to get all the family together for the shoot.

The 2005 Christmas image brought much merriment after dodgy cropping of a photoshopped image of the crowd together resulted in the Monarch appearing to have had his leg amputated.