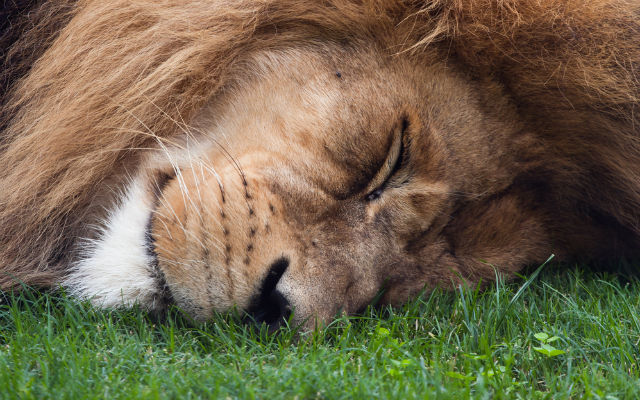 The large cat was euthanized this month, according to a statement released by BIOPARC Valencia.

Valencia's 100,000 square-metre park aims to reproduce the “natural wildernesses of the African continent: equatorial forests, Madagascar, the great wetlands and savannah,” according to its website. Keops had been transferred to the artificial natural habitat complex in Valencia from France in 2007.

While the city mourns the loss of its great cat, it's fair to say he lived a long life. Most lions in the wild live to between 12 and 16 years, while lions in captivity can live up to 20, writes the BIOPARC statement.

Keops had fathered several cubs in his time in Valencia. Below is a video of Keops and his family in 2011. The mammal's minders had dubbed him 'the lion king'.

Two Angolan lions, Kianga and Shango, were born in BIOPARC in 2015 and are now three-years old.