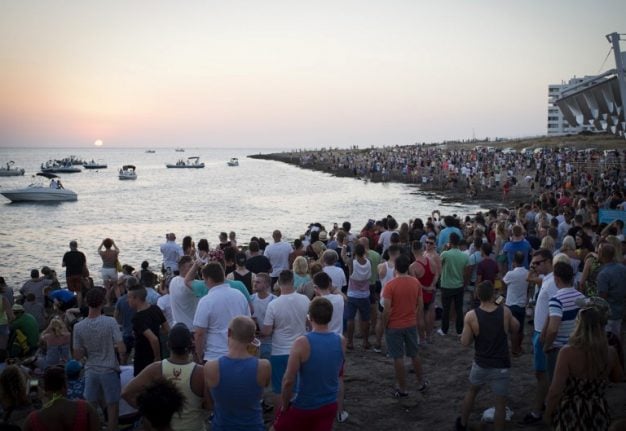 If the trend continues “tourism company heads may have to start adjusting the number of their employees to adapt to lower levels of demand,” Exceltur — which groups Spain's major hotel chains and tour operators — said in a statement.

Hotels expect they would have to reduce their staff by an average of 8.2 percent while car rental firms predict they would shrink their payrolls by about 5.0 percent, it added.

The tourism sector employs some 400,000 people in Catalonia, many of them on temporary contracts.

Hotel reservations in Barcelona, the capital of Catalonia and one of Europe's most visited cities, for the Christmas and New Year's period are down by 15 percent compared to last year.

The tourism impact of the crisis sparked by Catalonia's banned independence referendum on October 1 which was marred by violence “was concentrated almost exclusively” in Barcelona, the site of massive street demonstrations, Exceltur said.

Just before the referendum several countries, including Germany, France and the United States, warned their citizens to be careful if they travelled to Catalonia and airlines allowed passengers on flights to Barcelona to change their tickets.

Tourism activity in Barcelona fell by 9.0 percent in November, compared to 11 percent in October, as the return to calm eased visitor's fears, according to Exceltur.

The number of foreign visitors to Catalonia overall fell by 4.7 percent in October over the same time last year, figures released by the national statistics institute last week showed.

Catalonia is Spain's most visited region and tourism accounts for 12 percent of its economic output.