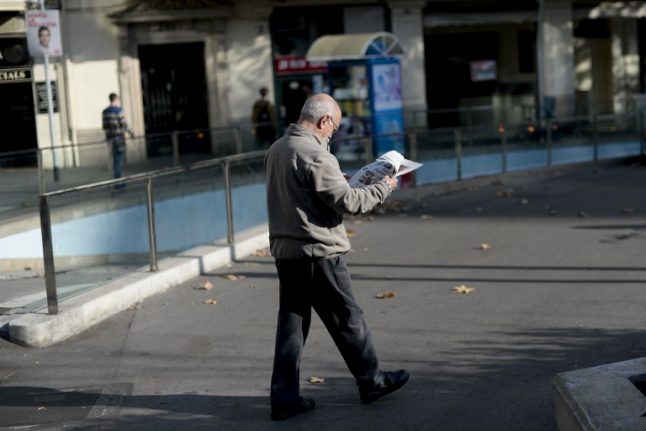 An October 2017 review by the Columbia Journalism Review (CJR) claims that Spanish daily El Pais, TVE and other major Spanish, and Catalan, media outlets have failed to retain their impartiality during their coverage of the Catalan crisis.

In October, employees of Spain's public-funded TVE television broadcaster called for the resignation of their director. The TV station's reporters argued that the coverage of violent clashes between Catalans who went to the polls on October 1st to vote on independence and Spanish police had been “an embarrassment” and “unbalanced.”

TVE employees began a campaign on twitter with the hashtag #verguenza (shame). Staff apparently waved sheets of paper enscribed with the word in the faces of their senior producers, reported Al Jazeera.

Reporters Without Borders (RWB) has also condemned the intimidation of journalists who covered the October 2017 events in Catalonia. At least four journalists were injured, harassed or intimidated by security forces during the October 1st clashes between activists and police in Catalonia, claims RWB.

From El Pais to smaller regional media outlets, the CJR article argues that Spanish readers have been left with very few portals that report impartially on the Catalan situation.

“Suspicion of El Pais has left much of Spain and Spanish readers without a place to read even modestly neutral coverage of the complex Catalan crisis. Elsewhere in Spain’s media landscape, deep partisan lines between outlets have made coverage of the Catalan events often unrecognizably different from one end of a newsstand to another,” states the report.

El Pais in particular comes under fire in the report. Highlighted as a bastion of media freedom in the 1970s and 1980s, the report claims that several senior journalists have been either fired, gagged or sidelined because of their refusal to tow the paper's alleged unionist editorial policy.

READ ALSO: 'Oppressive climate' for media freedom in Catalonia ahead of referendum: report

Reporter John Carlin had worked for the paper for 20 years. He was allegedly swiftly dismissed after publishing a report critical of the Madrid central government in the London-based Times.

“Fake news,” Alandete told CJR. “This is a privately-owned newspaper and I don’t think a private company has to explain why it ended a relationship with a contract employee.”

Long-time El Pais collaborator Jordi Matas also claimed an article of his had been suppressed because of the critical nature of its content. Matas accused the paper of bias on twitter.

El Pais' Alandete confirms his paper is not in favour of secession, but claims this is a perfectly normal editorial line. “El Pais is an institution in Spain, and an institution that is fundamental for Spanish democracy,” Alandete told the Columbia Journalism Review. “We have a position on breaking up the state,” explained Alandete.

The managing editor of El Pais argued that his paper's editorial policy was not unusual. “This is the exact same situation as The New York Times under Trump, the UK press under Brexit, German press under Alternative for Deutschland,” he told CJR.