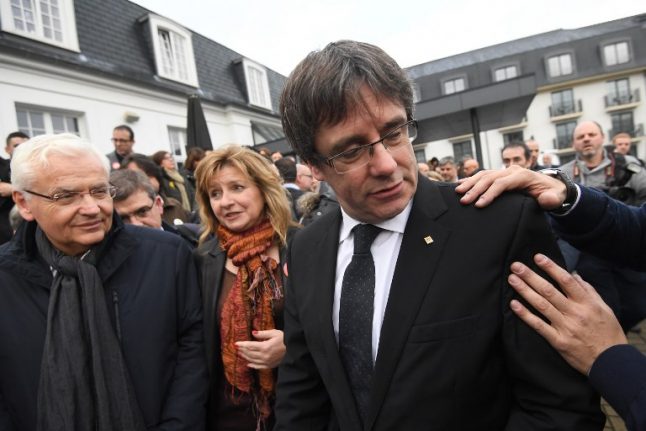 Carles Puigdemont (R) unites with his fellow candidates after a press conference in Oostkamp, near Brugge, on November 25th 2017. Photo: AFP

Puigdemont accused Spain of backtracking on the warrants, which are on charges of sedition and rebellion over Catalonia's illegal independence referendum, only because it was “scared of world opinion”.

He said that if his party wins elections in Catalonia on December 21st then “we should return” but did not give any further details of whether he would actually go back for the polls.

“When I arrived here, I did not come to Belgium, I came to Brussels the capital of Europe, where we could better defend our rights, and that will not change,” Puigdemont told a news conference in Brussels.

“Can we move around the EU without fear? For now we don't have an answer, so for now we will stay here.”

In a surprise move on Monday, Spanish Supreme Court Judge Pablo Llarena withdrew a European arrest warrant as the five “appear to have shown their intention to return to Spain” to take part in the snap regional polls.

But Spain has said it will still arrest the separatists if they return.

Madrid had dropped the European warrants “because it is scared”, Puigdemont said.

“The Spanish state is scared of world opinion,” he added.