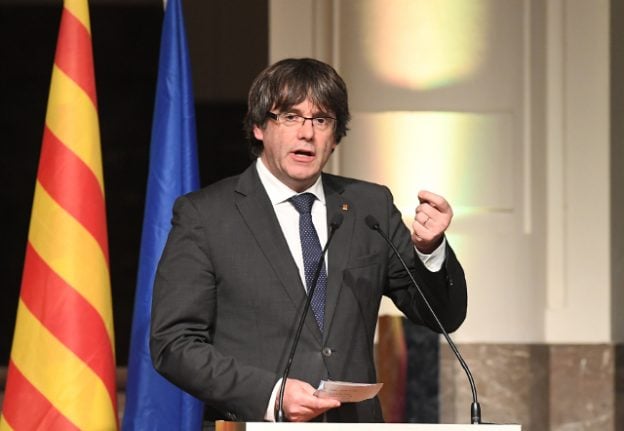 “We Catalans demonstrated to the world that we have the capacity and the will to become an independent state. And on (December) 21, we must ratify this,” he said in Oostkamp in Belgium, where he fled to after the Catalan parliament declared unilateral independence.

Puigdemont was sacked as Catalan president after that declaration on October 27th as was his entire regional government, and Madrid imposed direct rule on the once semi-autonomous region to stop the independence drive.

At the time, Prime Minister Mariano Rajoy also dissolved the Catalan parliament and called regional elections for December 21st in a bid to “restore normality” to the region.

The crisis began in earnest on October 1 when separatist leaders held an independence referendum despite a court ban, in which they said 90 percent opted to break from Spain even if less than half of eligible voters turned out in the deeply divided region.

Puigdemont, who is awaiting possible extradition to Spain, is running at the head of the Junts per Catalunya (“All for Catalonia” in Catalan) grouping.

It is unclear whether he will still be in Belgium when the elections take place.

But if Belgium decides to extradite him to Spain where he is wanted on charges of rebellion, sedition and misuse of public funds, he faces jail pending the probe.