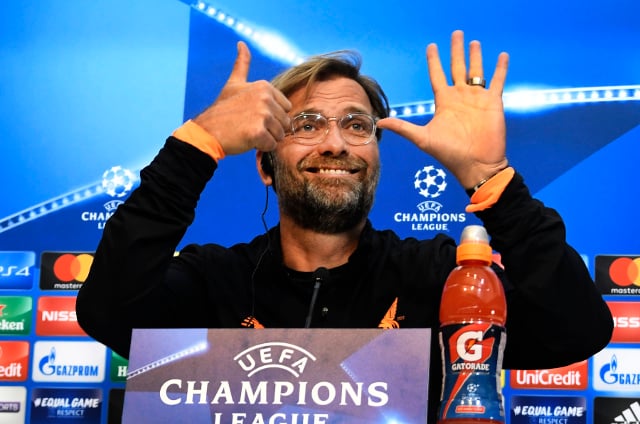 Liverpool face Sevilla at the Sanchez Pizjuan on Tuesday knowing a win will secure their place in the last 16 of the Champions League.

However, with Barça still closely monitoring Coutinho ahead of another potential offensive in the January transfer window or next summer, Klopp believes it is his job to convince his stars to stay put.

“The only opportunity for us to be successful is to have good players in the team,” said the German on Monday when asked if Barça's continued interest was a concern.

“We have this team together now and we want to be as successful as possible.”

A series of panicked Barcelona bids for the 25-year-old following Neymar's world record 222 million-euro ($264m) departure to Paris Saint-Germain were flatly rejected by Liverpool with the Catalans claiming the English side eventually offered a deal for 200 million euros.

READ ALSO: FC Barcelona 'have the money' to sign Coutinho in January

However, Coutinho, who sat out Liverpool's first six games of the season amid the speculation, has quickly settled back into Klopp's plans with five goals in 10 appearances.

“It's all good,” continued Klopp. “You in Spain are used to all the media and different things. Barcelona, Real Madrid and all that stuff and actually in the business nobody is interested.”

“Phil is 100 percent at Liverpool. After all the talks, it is possible not only for him but all the other players.”

Following a barren run of two wins in eight games through September and early October, Liverpool have returned to form in recent weeks with four straight victories by a three-goal margin.

And having fought to get back into the Champions League for the first time in three seasons, Klopp believes the challenge of facing a Sevilla side unbeaten at home in a year is what Liverpool have been waiting for.

“This is the game for us so far,” added Klopp.

“Facing Sevilla in Seville, a very experienced football team and a really good football playing team. That's the Champions League, so we are really looking forward to it.”

Liverpool lead Group E by a point from Sevilla with Spartak Moscow in third just two points further back.

A point apiece could therefore also benefit both sides as both would then progress so long as they avoid defeat on matchday six when Spartak visit Anfield and Sevilla travel to Maribor.

However, Sevilla coach Eduardo Berizzo steadfastly refused suggestions he would settle for a draw with victory also enough to secure the Spaniards' place in the last 16.

“We have a great opportunity to seal our first objective (of the season),” said Berizzo.

“We are up against a great team but we will be supported by our fans in a stadium where we feel very strong.”