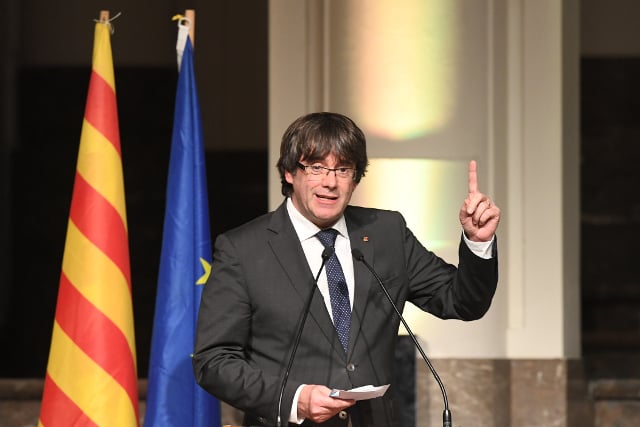 The snap vote for the region's parliament, called after PM Mariano Rajoy removed secessionist leaders from power following their unilateral declaration of independence, is set to be divided down a line of parties in favour of separating from Spain, and parties against it.

A new poll by GAD3 for ABC shows residents are taking it particularly seriously: seven out of 10 Catalans said they think it will be more important than the previous regional elections in 2015, which was presented as a chance to vote on the issue of independence by then President Artur Mas, and resulted in a pro-independence local government.

ABC's poll projects that a huge 82 percent of Catalans could turn out to vote on December 21st, up more than five percent from 2015.

It also predicts that, as things stand, pro-independence parties would have a majority with 1.974 million votes. But only a slender one, with unionist parties Ciudadanos, PSC and PP predicted to claim 1.966 million.

The Republican Left of Catalonia (ERC), the party of deposed vice-president Oriol Junqueras, is projected to become the biggest party with 23.1 percent of the vote. Junqueras is one of several politicians currently jailed pending an investigation into charges of rebellion, sedition and misuse of public funds through banned the October 1st independence referendum.

ABC's poll was carried out between November 13th and 16th, and is based on 801 interviews in the region.