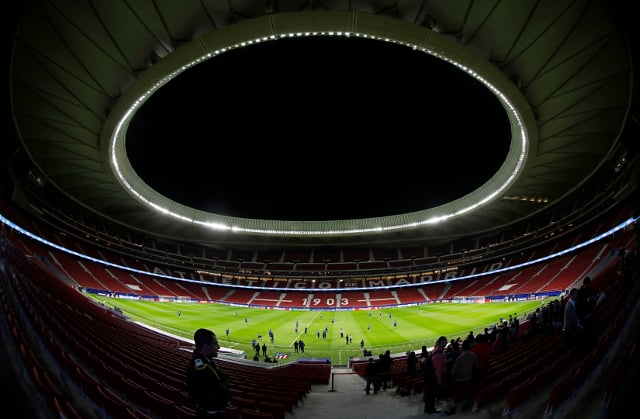 In radio interviews late on Wednesday and early on Thursday, Enrique Cerezo, the Atletico chairman, refused to name the group involved and refered to the new investor as a “multinational” specialising in oil.

Atletico have been struggling for liquidity because of the 310 million euro cost of their recently completed 68,000 stadium.

This is the second injection of capital in two years for Atletico after the Chinese group, Wanda, owned by Wang Jianlin, took a 20 per cent stake in 2015.

The new stadium is named the Wanda Metropolitano.

Cerezo said that he and the club's chief executive, Miguel Angel Gil, held 65 per cent of the club while the increase in total stock meant Wanda's share was 17 percent.

Atletico were Champions League finalists in 2014 and 2016 but are struggling in their first-round group this season. Should they fail to reach the knockout rounds, they will lose at least 6 million euros in revenue.

The Madrid sports daily Marca estimated that Atletico Madrid's budget for 2017-18 was 343 million euros, up from 280 million the previous year.