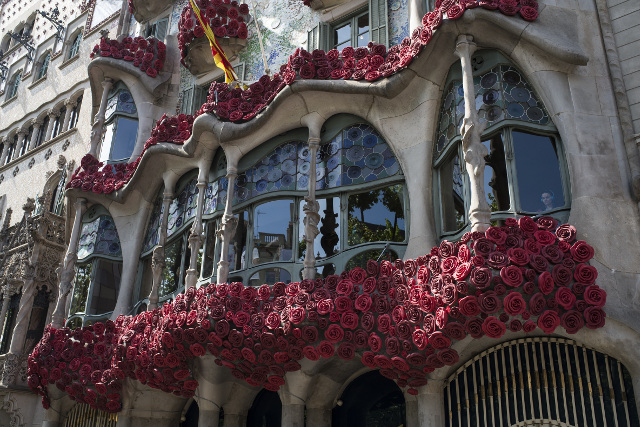 A spokeswoman for the business association of Passeig de Gracia — one of Barcelona's main thoroughfares — told AFP that the drop was “between 20 percent and 30 percent” in October compared to the same month a year earlier.

As the capital of Catalonia, a wealthy northeastern region accounting for one fifth of Spain's GDP, Barcelona has been especially heavily hit by the independence crisis.

Nearly 2,500 business have moved their headquarters to elsewhere in Spain since the region went ahead with a banned referendum on independence on October 1st.

Big protests following that vote and the decision of the regional parliament to declare secession on October 27st are thought to have dented visitor confidence.

But Barcelona was also the scene of a deadly van attack on its famous Las Rambla boulevard in August, which was claimed by the Islamic State group.

The Gremi Hotels Barcelona group, which represents around 400 establishments across the city, reported a dip in revenues of 13 percent in October and said it expects November to be “similar”.

It called in a statement for authorities to take steps to “regain the confidence” of visitors.

Around 40 percent of small and medium-sized business owners reported seeing a “strong or very strong” fall in sales last month, according to a poll by one union.

Of those, 60 percent said the political crisis was to blame.

Catalonia is Spain's most visited region and saw more than 18 million foreigners arrive in 2016. The vital tourism sector accounts for around 12 percent of the region's GDP.