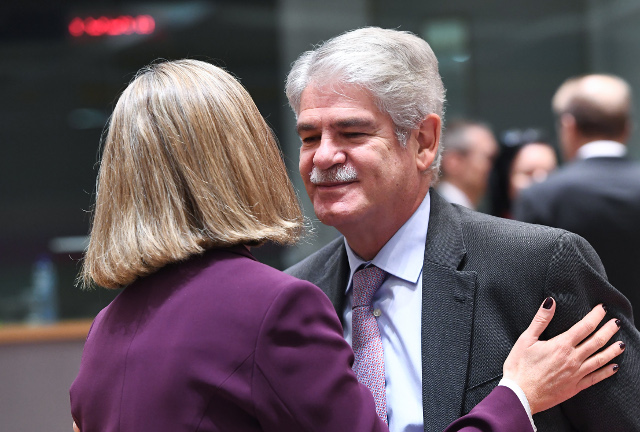 Madrid had said on Friday it was concerned by Russian social media activity on Catalonia, after misleading reports and images shared widely online helped fuel the standoff triggered by the banned October 1st independence referendum.

It is just the latest issue linked to Russian interference through social media.

There have also been  accusations of Russian involvement in the election of US President Donald Trump and in the campaign ahead of Britain's Brexit vote.

“I will raise the question of how misinformation and manipulation around the referendum and subsequent events in Catalonia have developed,” Spanish Foreign Minister Alfonso Dastis said.

“These situations of disinformation, of manipulation arise not only on our eastern flank but in other areas.”

Spain's Defence Minister Dolores de Cospedal said it was clear that a lot the messaging on social media around the Catalan crisis came from Russian territory, though a definitive link to the government has yet to be proved.

“It is important that we know that there are certain entities, which may be public or private, that try to interfere in national politics, that try to affect and create unstable situations in Europe,” De Cospedal said.

“We have the obligation to declare openly, that public opinion knows about it and to fight against it.”

Spanish media have also accused Moscow-backed outlets such as Russia Today and Sputnik — which have Spanish language services — of playing a destabilising role in the Catalan crisis.

EU diplomatic chief Federica Mogherini said she expected ministers meeting on Monday to agree to her demand for more funding for the bloc's strategic communications taskforce, which works to counter negative and inaccurate messaging.