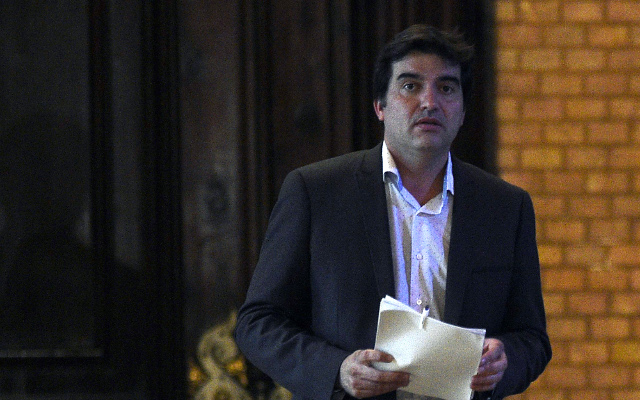 Sergi Sabrià, spokesperson for the Republican Left of Catalonia (ERC) – the second largest in the previously governing Together for Yes (Junts pel Sí) coalition – made the admission at a media conference on Monday, noting that “the government and country maybe weren't prepared” to implement independence.

“We were not prepared to face an authoritarian state without limits when it came to using violence,” he added in reference to Madrid's response, insisting the Catalan government's actions in delaying an independence declaration came as a consequence of “clear signs that violence could have occurred”.

“It was decided not to cross that red line” in order to maintain the pacifism of the independence movement, according to the ERC spokesperson, who said preparations had been made for a different context than the one that unfolded in after the October 1st referendum.

Last week Catalonia’s deposed president Carles Puigdemont claimed the Spanish state was “preparing a wave of repression and violence” in response to a possible independence declaration “which they wanted to make us responsible for, and we could not allow”.

In an apparent softening of his stance, Puigdemont who is currently in Brussels awaiting possible extradition to Spain over rebellion charges, conceded that “another solution which isn’t independence is possible”.

Spain answered a unilateral declaration of independence from Catalan leaders by suspending the region's autonomy, dismissing its parliament and government, and calling new regional elections for December 21st.

The fresh vote is predicted to largely be divided into parties in favour of independence, and parties against it and in favour of the application of article 155 measures to intervene in Catalan autonomy.