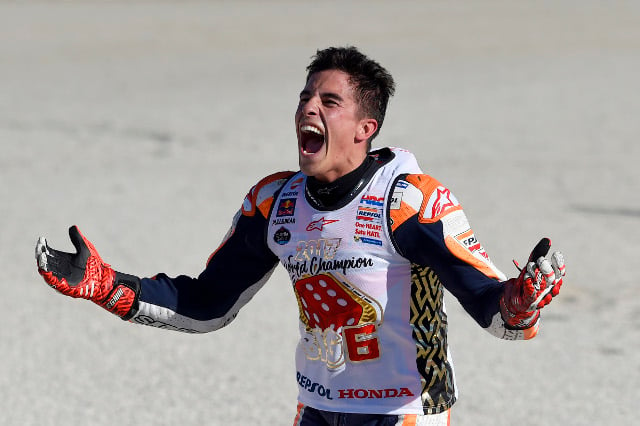 Honda's Marquez held a commanding 21-point lead in the championship from Ducati rival Andrea Dovizioso, and was guaranteed the title with a top-11 finish or if Dovizioso failed to win the race.

Dovizioso's fate was sealed when the early season pace-setter crashed out five laps from the end as Marquez ultimately won the championship by 37 points.

At just 24, a highly mature Marquez is the youngest ever rider to win four premier class world titles after just five seasons in MotoGP — adding to two other world championships at lower levels.

He drew level with British trio Mike Hailwood, Geoff Duke and John Surtees, and American Eddie Lawson as one of just five riders to triumph four times at the top level.

Starting from pole, Marquez waved Zarco through on the fourth lap to rule out any chance of an untimely early crash.

However, he couldn't resist an attack on the Frenchman to try and win the championship in style with eight laps to go and ran wide as his team held their breath, surviving but dropping down to fifth.

“During the race I was trying to be calm and control the situation, but then I thought now it is time to push because I felt really good,” said a buoyant Marquez, who defied 27 crashes during the course of the season to win the title.

“In turn one I lost concentration on the break point, I broke too late and you know (it was) Marquez-style until the end.”

Yet, Ducati's hopes of usurping Marquez were quickly undone as Jorge Lorenzo and then Dovizioso both crashed out as they paid the price for pushing at the limit for the whole race.

“We were over the limit the whole race so we both made mistakes,” said Dovizioso.

“I want to say thank you to the whole team, all the sponsors because we had a great season.”

However, he admitted seeing Marquez fly off the track precipitated his own mistake as he pushed even harder.

“It's a standard thing for Marc. I didn't have the speed to attack the rider in front of me so when I saw that I thought 'ok, this is good' but I tried even harder and I was already pushing 100 percent until that time.”

Up front Pedrosa and Zarco were left to battle it out for the race win in a pulsating final few laps.

Ultimately, though, the Spaniard came out on top on home soil to deny Zarco his first MotoGP win and round off a perfect day for the Honda pair.

“At the end I could see the race was there and I had to go (for it),” said Pedrosa.

“Johann was very strong all the race and it was very difficult because he was going into the corner very fast.

“At the end I tried a few different times, but I made mistakes and finally into turn one I could make it stick.” 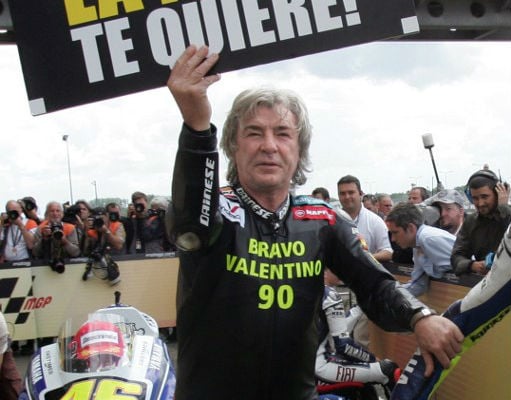