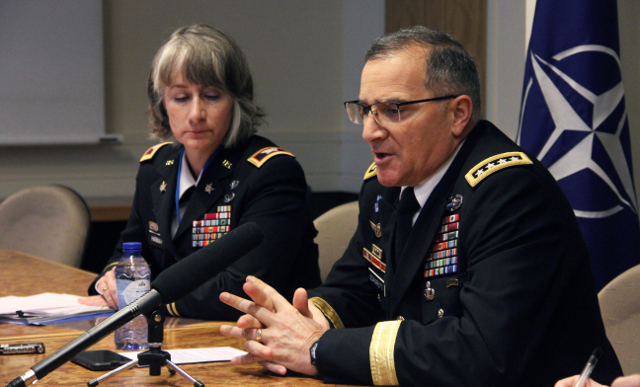 Spanish media have accused Moscow-backed outlets such as Russia Today and Sputnik – which have Spanish language services – of playing a destabilising role in the crisis triggered by Catalonia's banned October 1st referendum.

Moscow is also suspected of interfering in last year's US presidential election and Britain's Brexit vote, and Scaparrotti said he was concerned by “Russian malign influence” in other countries.

“It is something that we've seen in the United States, we've seen it in a number of countries here in the elections of late,” Scaparrotti said when asked about claims of Russian interference in Catalonia.

“It should stop meddling in other nations, (in) what is their sovereign right to determine their government and how it works,” he told reporters at a meeting of NATO defence ministers in Brussels.

When asked if he had particular concerns about the Catalan crisis undermining key NATO member Spain, Scaparrotti said “we've seen these kinds of activities in other nations as well. It's a part of… what I call a destabilisation campaign.”

“We would encourage Russia to stay within the accepted international order and to honour each sovereign nation's right to determine their means of government, their way of government and how they run their government,” Scaparrotti said.