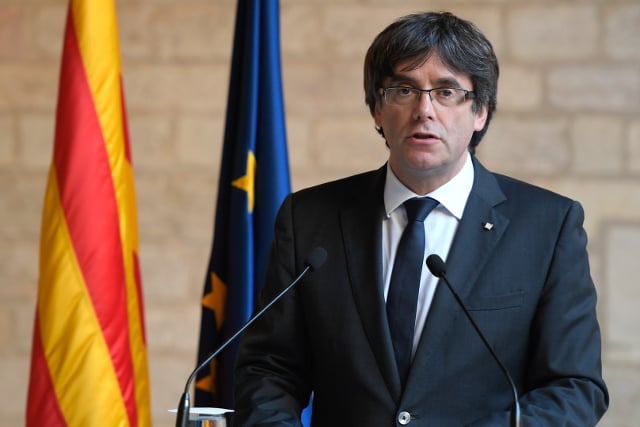 The sacked regional leader is currently in Belgium, where he was freed with conditions on Sunday after turning himself in to local authorities over a Spanish arrest warrant for charges of rebellion and sedition.

“No one should doubt that all of this will end in international courts, who have already criticised Spain in other cases,” Puigdemont told Catalunya Radio's breakfast show in Brussels on Tuesday.

The 54-year-old conceded however that he and members of his former government are aware that they could end up in prison over their independence drive.

“Of course we’re prepared to go to prison. We're here to do a job,” he noted.

“No one should think we want to evade justice. We went voluntarily to give a statement. Disappearing would have been inexplicable. We've come to the heart of Europe and the world is now listening to us.”

READ ALSO: Puigdemont turns himself in to Belgian police

Puigdemont has been in Belgium since Spain dismissed the Catalan executive and imposed direct rule on Catalonia following a declaration of independence by the local parliament.

Justifying his decision to go to Brussels with four former ministers while other members of his executive stayed behind and ended up in jail pending trial, the secessionist leader insisted “we have not forgotten the situation our colleagues are suffering”.

“Our activity here can help them” he continued, arguing the Spanish state “was preparing a wave of repression and violence, which they wanted to make us responsible for, and we could not allow”.