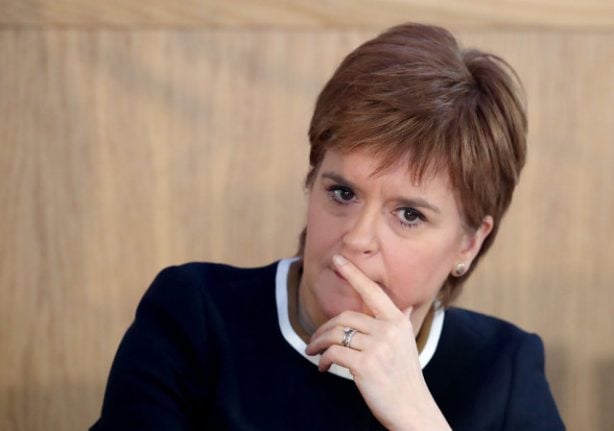 “The disagreement about Catalonia's future is political,” the Scottish National Party leader, an advocate of Scotland's independence from the United Kingdom, wrote on Twitter.

“It should be resolved democratically — not by the jailing of political opponents.”

A Spanish judge was set on Friday to issue an arrest warrant for Catalonia's deposed leader Carles Puigdemont over his region's contested independence push, in a move likely to further escalate tensions in Spain's worst political crisis in decades.

The European arrest warrant was due a day after a large chunk of Puigdemont's government was thrown behind bars pending probes in Madrid into their role in Catalonia's move towards secession.

“Regardless of opinion on Catalonia, the jailing of elected leaders is wrong and should be condemned by all democrats,” added Sturgeon.

Puigdemont's government organised an independence referendum on October 1 despite a court ban.

Spanish police tried and failed to stop it, in some cases firing rubber bullets at people defending polling stations.

A declaration of independence by the Catalan parliament followed last Friday.

In 2014 the SNP and other Scottish pro-independence parties lost a vote to leave the United Kingdom, with 45 percent voting to leave while 55 percent opted to stay.