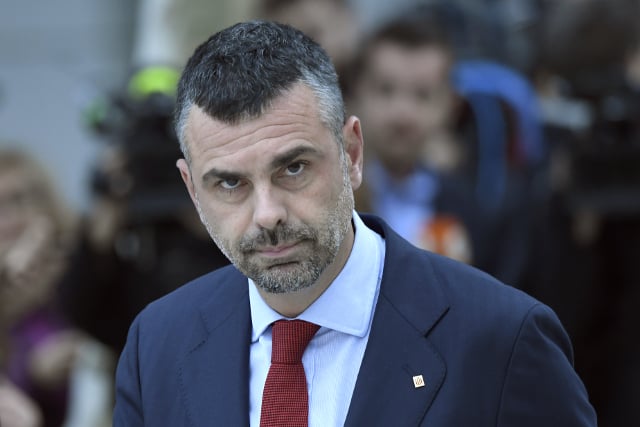 On Thursday a Spanish judge ordered the detention of several ministers from the deposed regional government pending trial over their role in the Catalan independence drive. Vila, who resigned the day before the declaration of independence on October 27th, was the only one granted the possibility to be freed if he paid a bond of 50,000 euros. The other eight remain in prison.

After paying his bond, Vila left a detention centre in Estremera on Friday afternoon. The 44-year-old, who admitted he was “fatigued” after a night in jail but that he and his colleagues were “well and calm”, stopped briefly to speak with reporters before departing in a car.

“Disproportionate measures have been taken. I'm convinced democrats of the world do not understand it.”

He called upon the major authorities in the Spanish state, including PM Mariano Rajoy, President of the Congress of Deputies Ana Pastor and President of the Senate Pio Garcia-Escudero to “end this terrible situation that has resulted in politicians being imprisoned”.

“Take action in the matter and take political initiative. This won't be solved in courts, it will be solved with politics,” he insisted.

Regional president Carles Puigdemont is likely to face a European arrest warrant after failing to show at a court hearing in Madrid on Thursday. He and 19 former members of Catalonia's regional parliament are accused of sedition, rebellion and misuse of public funds.