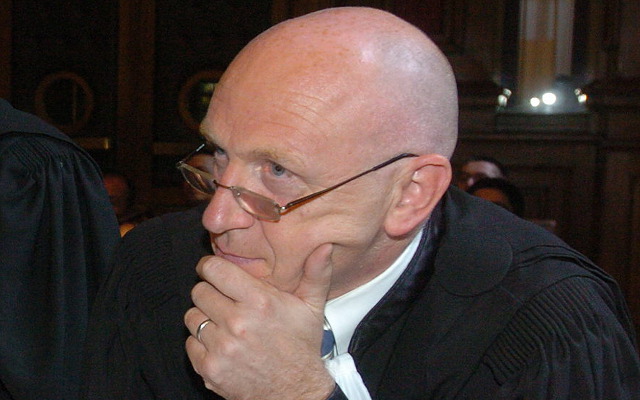 From his offices in the small town of Tielt, the bald, bespectacled Paul Bekaert has over several decades fought numerous attempts by Madrid to have Belgium send suspected members of the banned armed Basque separatist group ETA to Spain for trial.

Puigdemont, who fled to Belgium at the weekend, now hopes to draw on the decades of experience built up by Bekaert — dubbed “Lucky Luke” by the Belgian press after a comic book cowboy– as Spain weighs measures to get him back to face charges of rebellion and sedition.

“I have more than 30 years of experience with the extradition and political asylum for Spanish Basques, and it's probably because of this experience that he came to me,” Bekaert said earlier this week.

Bekaert was one of the lawyers for Luis Maria Zengotitabengoa, a suspected ETA member whose extradition from Belgium to Spain was authorised in 2010.

Years earlier he succeeded in blocking the extradition of a Belgian couple of Basque origin, Luis Moreno and Raquel Garcia, provoking a minor diplomatic crisis between Belgium and Spain in the 1990s.

He has not confined himself to the Basque cause — he also defended Turkish militant Fehriye Erdal, a member of the extreme left DHKP-C group, which is listed as a terrorist organisation by the EU, whom Ankara wanted to extradite to stand trial over a triple murder.

Bekaert's son Simon told AFP he was “very sensitive about anyone oppressed by the central state or by another state. He believes that if people are being pursued in their own country, they aren't going to get a fair trial.”

This sensitivity dates back to the so-called “Leuven Crisis” of the late 1960s, when tensions between French and Flemish speakers at Belgium's prestigious University of Leuven led to it splitting into two separate institutions, one for each language.

The young Bekaert was “very active” at this period, his son said. “But he is neither a separatist nor a nationalist. He is in favour of Belgian regions having a lot of autonomy.”

Born in Courtrai, near the French border in 1948, Bekaert spent his childhood in Meulebeke in western Belgium before moving to the modest town of Tielt, a few kilometres away, where he still has his office.

It was here that Bekaert met Puigdemont for the first time on Monday after a call from one of the Catalan's aides.

“He is following Catalonia with a lot of interest, in the same way that he follows developments in Scotland and Quebec. But that doesn't mean he is in favour of independence,” Simon Bekaert explained.

He began practising law in 1972, specialising in human rights and asylum cases. Alongside his case work he also worked for the Human Rights League campaign group, serving as an observer in Northern Ireland and the Basque country.

Simon Bekaert, who is the socialist deputy mayor of Tielt, described his father as politically “somewhat to the left, but a progressive left”.