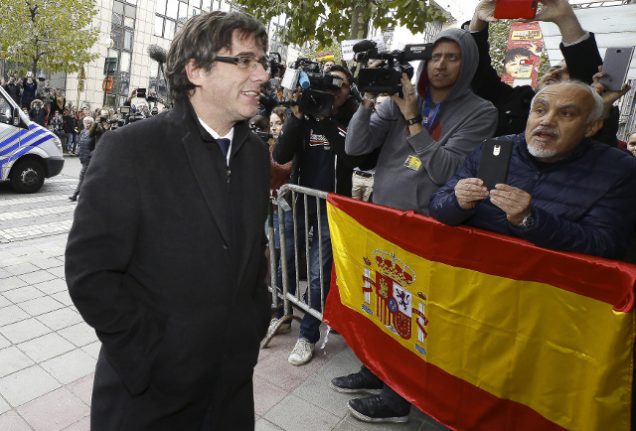 If granted by Carmen Lamela, the judge leading the investigation, the warrant will subsequently be passed on to federal prosecutors in Belgium. On Thursday, the office of Belgium's federal prosecutor told Spanish news agency EFE that it will “apply the law” if a request is made.

“I can only say that the law will be applied, if we receive it. We can't make more comments or conjecture,” a source in the federal prosecutor's office was quoted as saying.

Earlier on Thursday Spanish prosecutors called for eight former members of Catalonia's deposed government including its vice-president to be detained pending trial. They asked for a ninth, Santi Vila, to be freed if he pays a bond of 50,000 euros.

Puigdemont and 19 others are accused of sedition, rebellion and misuse of public funds.