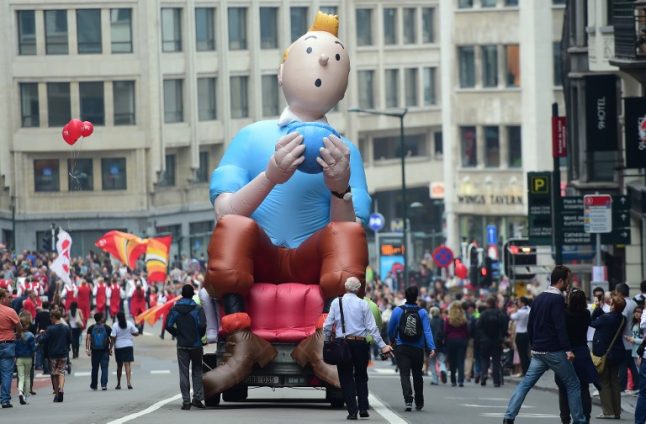 Verhofstadt, who had been one of the only senior EU officials to denounce Spain's use of violence during the October 1st referendum, took to social media to comment on the current situation of Carles Puigdemont in Belgium, albeit comparing him negatively with Belgian comic book hero Tintin.

“Not sure if comparing Puigdemont to Tintin is adequate,” wote Verhofstadt in a Facebook post, besides a cartoon of Puigdemont dressed as Tintin.

“Tintin always finds solutions to the adventures he encounters, while Puigdemont left Catalonia in chaos and devastation,” wrote Verhofstadt.

As with most things related to Catalonia right now, the arguments for and against were passionate in the comments section.

Belgian Prime Minister Charles Michel said Tuesday October 31st that deposed Catalan separatist leader Carles Puigdemont “will be treated like any other European citizen” after he said he planned to stay in Brussels.

“Mr Puigdemont has the same rights and responsibilities as any European citizen — no more, no less,” Michel said in a statement – according to AFP – stressing that his government had not invited the Catalan leader, who gave a press conference in Brussels on Tuesday October 31st.

Support for Puigdemont in Belgium appears to be low. Belgium's Deputy Prime Minister Kris Peeters had earlier quipped that “If you declare independence, it is best to stay close to your people.”