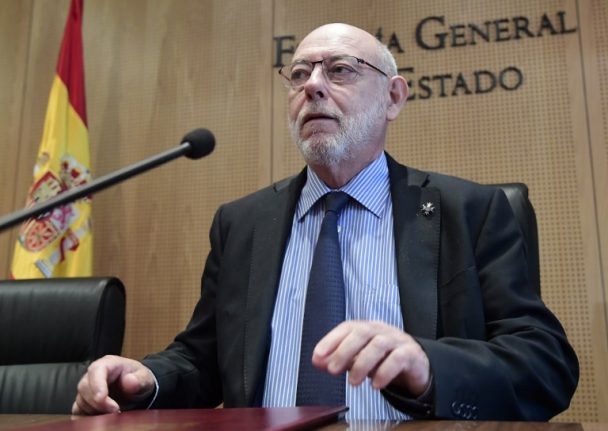 'La Fiscalia', the attorney general's office, called for the accused parties to be prosecuted in two courts: Some in Spain's Supreme Court, others in the Audiencia Nacional, Spain's National High Court, which hears high-profile cases in Spain's capital Madrid.

“The ‘Audiencia Nacional’ (National High Court) has its seat in Madrid, and it is a unique legal organ in Spain with jurisdiction over the entire national territory, constituting a centralized Court, and specialized in the knowledge of certain matters attributed by law,” according to the court's website.

“The behaviors denounced are constitutive of a crime of rebellion, or at least of sedition,” states the attorney general's document outlining the charges against the former Catalan cabinet members. It adds that these officials should face the charges in the National High Court, alongside 14 other former cabinet members who were also named in the list of accused.

Spanish media have speculated that the accused could face jail terms of up to 30 years if found guilty of the charge of 'rebellion'.

The document also backs the legality of Spain's activation of the previously unused article of the constitution which allows it to restore sovereignty in any partly-autonomous region in exceptional circumstances; Article 155.

The attorney general's explanations stress that all the former Catalan ministers have been stripped of their parliamentary privileges, and therefore immunity for their political actions under Spanish law.

The National High Court has since summoned Puigdemont and key officials to appear before a hearing on Thursday November 2nd and Friday November 3rd at 9am. Puigdemont's legal team have suggested the deposed Catalan leader will not appear.

Judge Carmen Lamela is set to hear the accused's pleas in the National High Court, which accepted the attorney general's charges.

Other former pro-independence Catalan officials are to be tried in the Supreme Court, states Spain's highest legal authority, in a separate document detailing different charges.

The second document calls for Carme Forcadell, acting president of the Catalan parliament, along with five other former Catalan cabinet members, to face charges in Spain's Supreme Court.

The Supreme Court has also said it will admit and pursue the charges against Forcadell and the other five cabinet members accused, according to Spanish daily El Pais.

Forcadell and the other senior Catalan officials who have been ordered to appear before Spain's Supreme Court, have also been charged with “possible commission of the crimes of rebellion, sedition, embezzlement.”

Trapero's force was accused of failing to rein in pro-independence protesters during recent unrest in the northeastern region.

Former Catalan leader Carles Puigdemont called a referendum on independence which took place on October 1st, resulting in violent clashes, despite Spain's Constitutional Court ruling that the referendum on secession from Spain was illegal.

Spanish Prime Minister Mariano Rajoy has since activated an article of the constitution which allows the central government he leads to reestablish control in the partly autonomous region of Catalonia.

Before going to Brussels one of the last acts of Puigdemont's Catalan government before it was dissolved was to pass a declaration of independence, which has since been suspended by Spain's Constitutional Court.