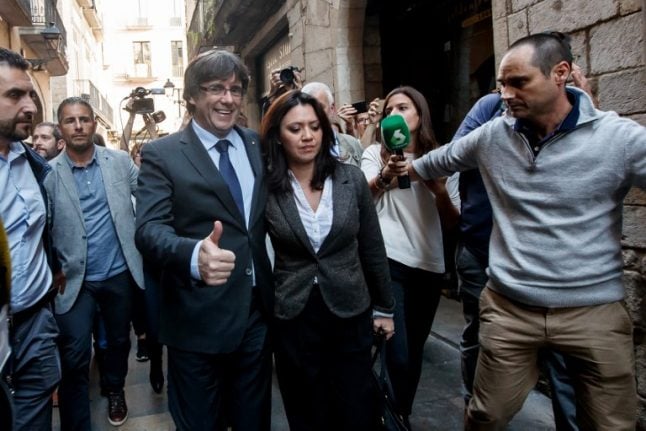 Belgium's controversial Minister for Asylum and Immigration Theo Francken yesterday said Puigdemont could be offered asylum in Belgium because there was no longer clear evidence that he would receive a fair trial in Spain.

That intervention by the Flemish nationalist was met with scorn from Spain and even Belgian Prime Minister Charles Michel, the leader of his own government.

These are “serious accusations against Spain's legal system” which should be “corrected immediately”, he said in a statement. Francken has “violated the principles of solidarity and loyal cooperation between EU member states”, Pons added.

Belgian PM Michel, who is the only serving EU leader to have criticized Spain's approach to the Catalan crisis, stressed however that there was no official offer of asylum for Puigdemont.

“No request has yet been filed but things are moving fast,” Francken told Belgium daily Le Soir. “We'll see what happens in the next hours and days.”

In an analysis piece published yesterday, Le Soir suggests Francken could be using Puigdemont's case to bolster the cause of Flemish nationalism and put pressure on Belgian PM Michel.

A senior official in Spanish PM Rajoy's PP party, Fernando Martínez-Maillo, said it was a contradiction for Puigdemont to go to Brussels “where one of the key values is the defence of the state, the rule of law and the constitution,” according to El Periodico.