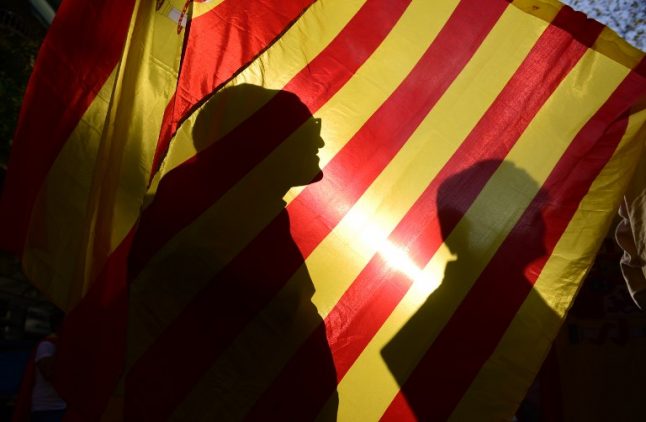 As Spain imposes direct rule on the semi-autonomous region after an independence declaration by Catalan lawmakers, with its interior ministry taking control of the Mossos d'Esquadra, the force's roughly 16,000 members are in turmoil.

“There's a lot of tension. There is a lot of fear and anxiety in the entire force, regardless of whether people back independence or oppose it — as in my case,” Vicente, a Mossos officer who declined to give his real name, told AFP.

Split down the middle

“The force is split pretty much down the middle,” added Manel, a colleague with over a decade of experience who would also not be fully identified.

“Some are delighted that Madrid takes control, but others are worried.”

“The atmosphere is difficult, there are arguments, shouting, very tense situations between colleagues,” said Vicente.

Besides the Mossos, the only armed force that fell directly under the region's control before it was taken over, some 6,000 members of the national police are based permanently in Catalonia.

Since the beginning of the standoff between Madrid and Catalonia over an unauthorised independence referendum on October 1, that number has been boosted by about 10,000 — also including members of the Guardia Civil police force.

With the crisis showing no signs of abating, the central government published an official notice Saturday to temporarily replace Catalonia's political leaders and dissolve its secessionist-majority parliament.

Trapero, who became chief in April, is seen as an ally of Catalonia's separatist leaders.

Spain's National Court is investigating him for sedition after unrest in Barcelona in September sparked by national security forces raiding regional government offices.

That action was met with furious public protests in which the Catalan police was accused by Madrid of failing to intervene.

Nothing underscores how much Madrid needs the Mossos on its side more than the chaos that erupted during the outlawed October 1 ballot.

The regional force was tasked with stopping the ballot, which had been deemed illegal by Spain's Constitutional Court.

But senior Mossos officers issued orders not to use force, and agents steered clear of clashes with activists gathered in large numbers to protect voting stations.

Members of the national police intervened instead, seizing ballot boxes in a clampdown marred by violence against civilians.

The Mossos, whose origins date back to 18th century citizen militias, was reinvented as a modern police force in 1983 after Catalonia recovered the autonomy it had lost under the 1939-75 rule of Francisco Franco.

On Saturday, for the first time since his dictatorship, the force was placed under central control, albeit temporarily.

Many are nervous about what will happen if separatists carry out threats to resist direct rule from Madrid, pitting Catalan civilians against their own police.

Independence activists have vowed peaceful resistance which could take the form of protests, strikes or other forms of civil disobedience.

In an internal circular, the Mossos police command has called on its agents to stay neutral which the interior ministry said was “a good sign”.

But doubt has infiltrated the ranks.

“The majority of officers won't be affected, but riot police will feel it most,” said a Mossos officer, wishing to remain anonymous.

“In situations where before they might have been told to 'Hang on', perhaps now they will be told to 'Charge',” he reflected.

An officer who disobeys orders can have his salary docked, be dismissed, or even face criminal penalties.

As such, the main labour union of the Mossos has urged officers to follow instructions.

“Disobeying laws is never an option for the police,” said Valentin Anadon, head of the SAP-FEPOL union.

“We have no scope for disobeying laws, because then we can't demand that the rest of society obeys them.”

Still, some officers are not sure how it will all play out.

“I don't think there will be a rebellion,” said Manel. “But if we start to get extreme orders for police to confront people, many agents will hesitate to implement them.”