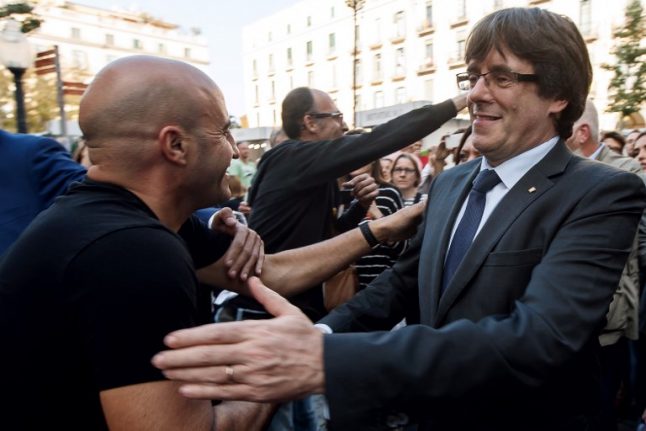 “The president of the country is and will remain Carles Puigdemont,” Oriol Junqueras wrote in Catalan newspaper El Punt Avui after the central government seized the regional executive's powers following a vote by lawmakers to declare independence from Spain.

Junqueras signed the article “Vice President of the government of Catalonia.”