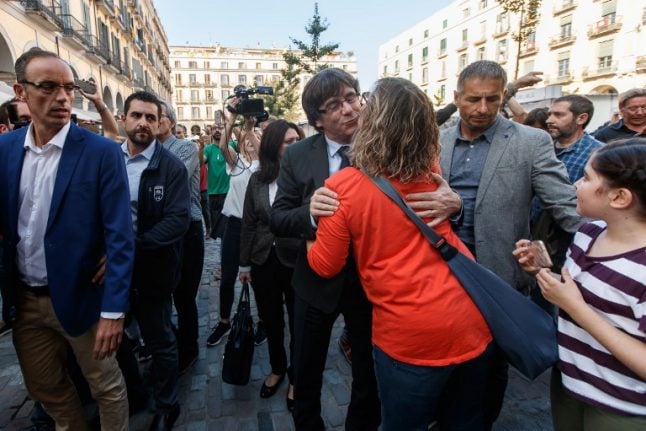 Puigdemont was officially deposed by Madrid as president of the Catalan region on Friday after its parliament unilaterally declared independence from Spain, and now faces possible criminal charges of rebellion.

Belgian Immigration Minister Theo Francken, a member of the Flemish separatist N-VA party, questioned whether Puigdemont could be sure of a fair trial and said he could be given asylum in Belgium if he asked for it.

“It's not unrealistic (that Belgium could protect Puigdemont), looking at the current situation,” Francken told Flemish-language broadcaster VTM on Saturday.

“Looking at the repression by Madrid and the jail sentences that are being proposed, the question can be asked whether he still has the chance for an honest court hearing.”

These are “serious accusations against Spain's legal system” which should be “corrected immediately”, he said in a statement. Francken has “violated the principles of solidarity and loyal cooperation between EU member states”, Pons added.

So far there has been no indication that Puidgemont will seek to leave Catalonia, and on Sunday his deputy insisted he “is and will remain” the president of the regional government.

The unprecedented Catalan crisis was triggered by a banned independence referendum on October 1 that was shunned by many, and marred by police violence, after which the regional parliament voted on Friday to declare independence from Spain.

Madrid dissolved the regional government in response and called an election to replace them, while the international community has spurned the independence declaration and united behind Spanish Prime Minister Mariano Rajoy.

There was trenchant support for Madrid from London, Paris, Berlin and the European Union, but Belgian Prime Minister Charles Michel — who governs in coalition with the  N-VA — gave a more measured response, calling for “a peaceful solution respecting the national and international order”.