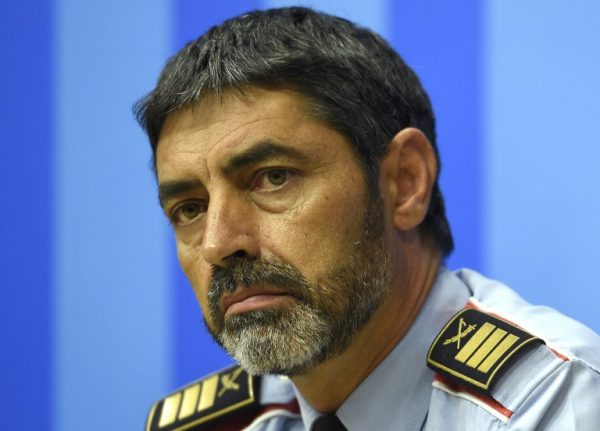 The firing of Josep Lluis Trapero, Catalonia's highest-ranking policeman, was published in the official government gazette as Spain perched on a knife's edge in its worst political crisis in decades.

He was seen as an ally of Catalonia's separatist leaders. Madrid instead put the interior ministry in charge of his department in a move likely to further escalate tensions in Spain's worst political crisis in decades.